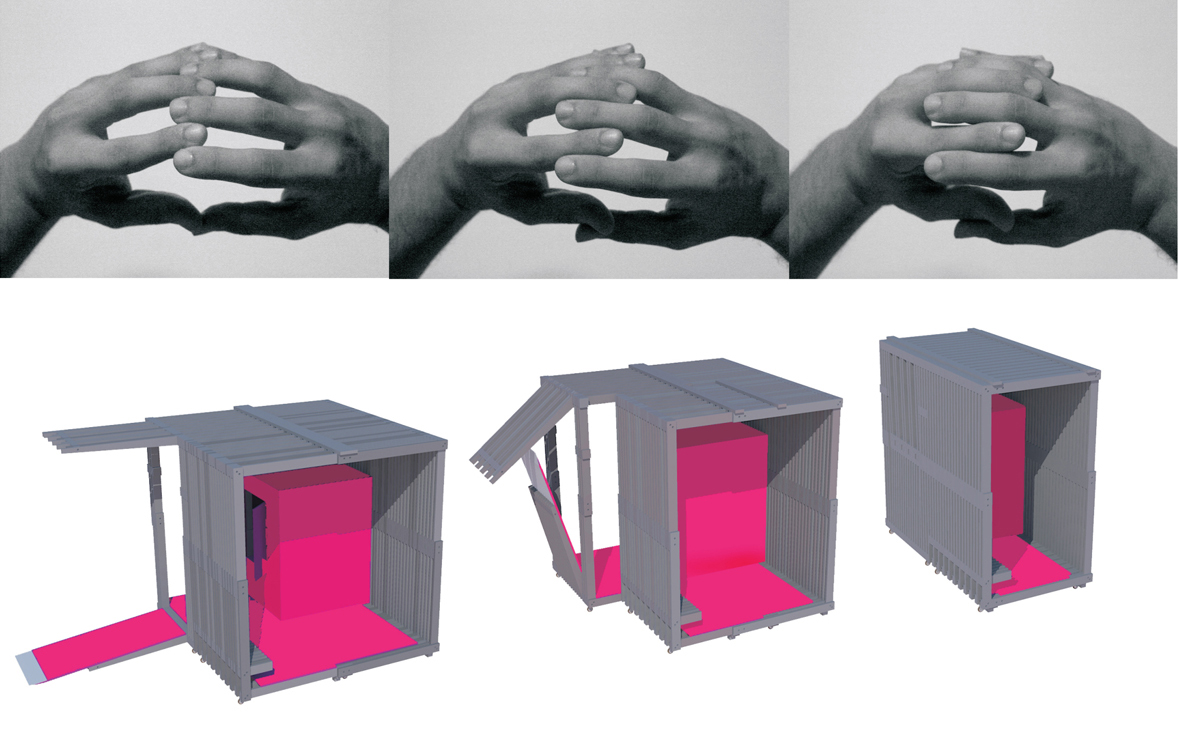 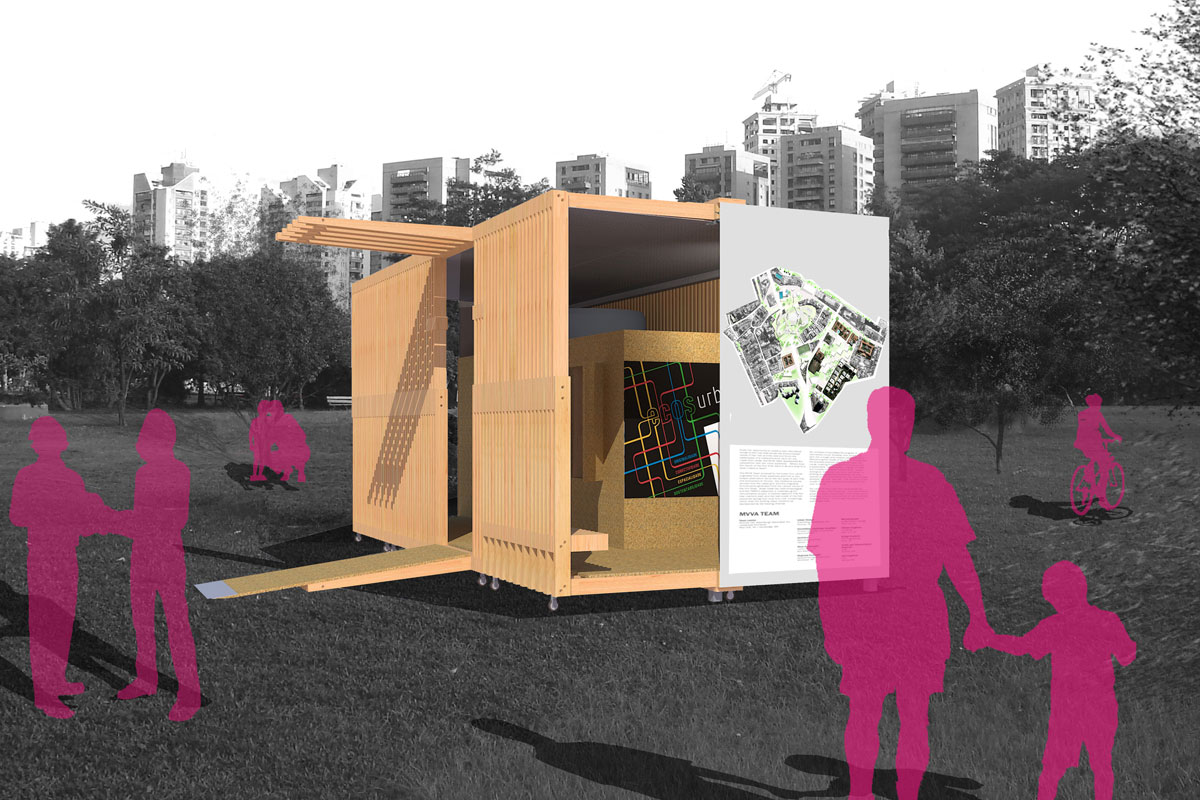 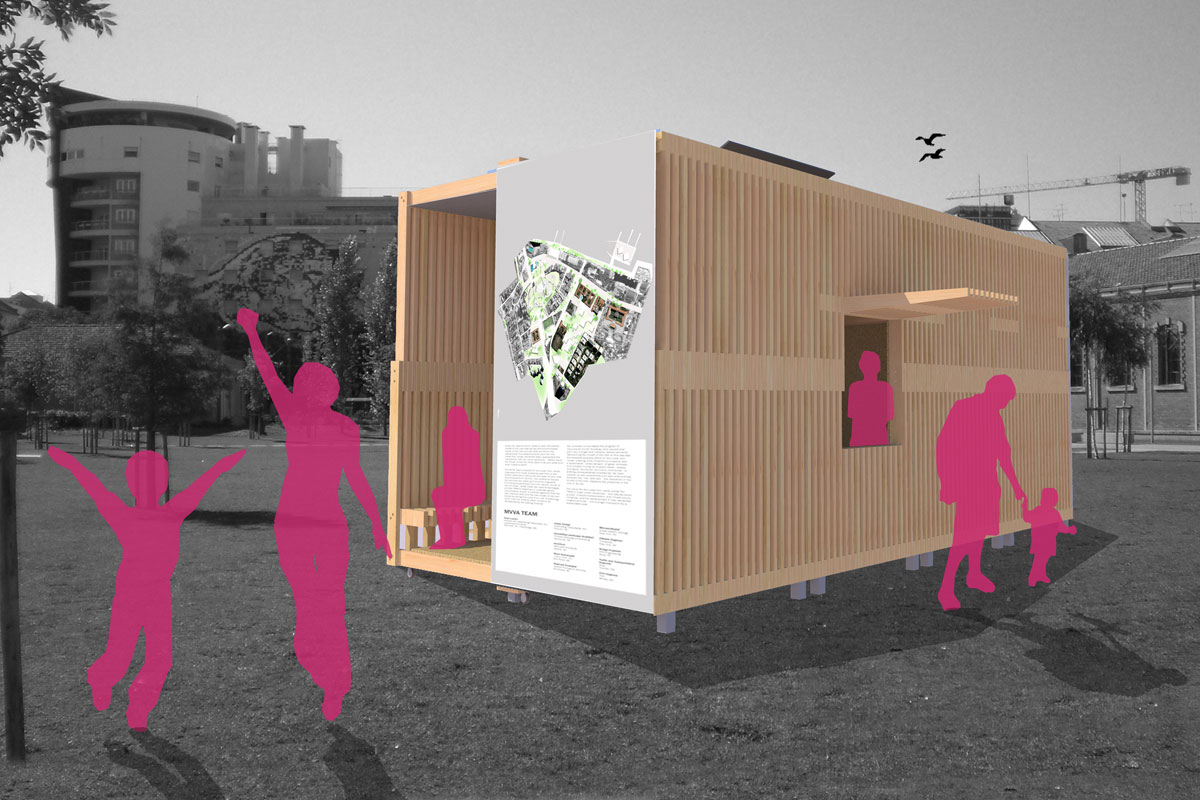 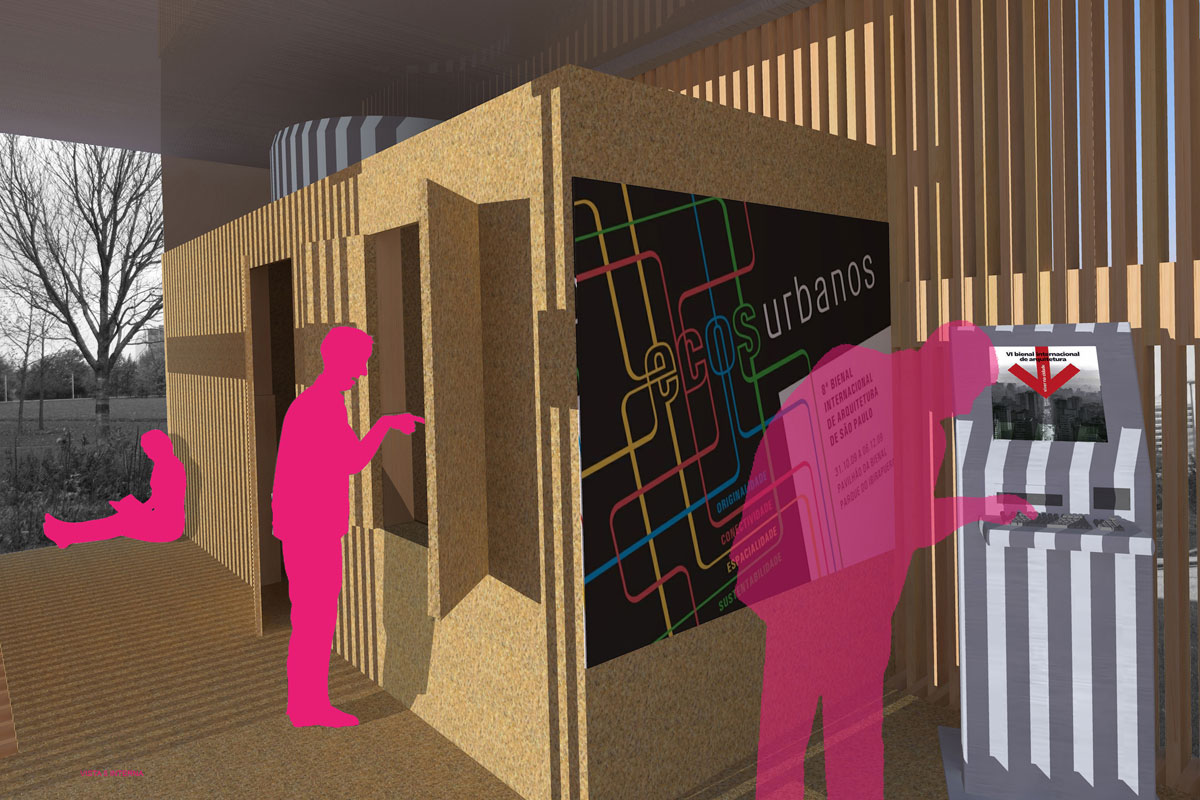 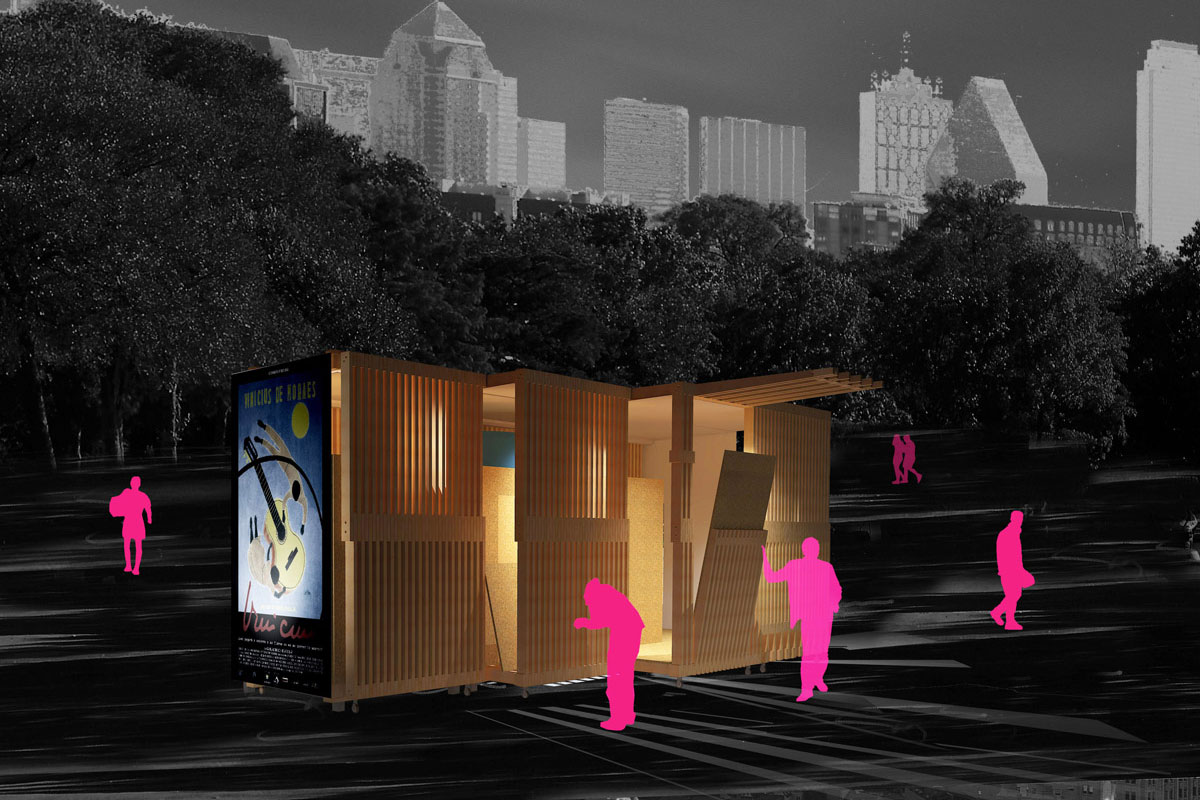 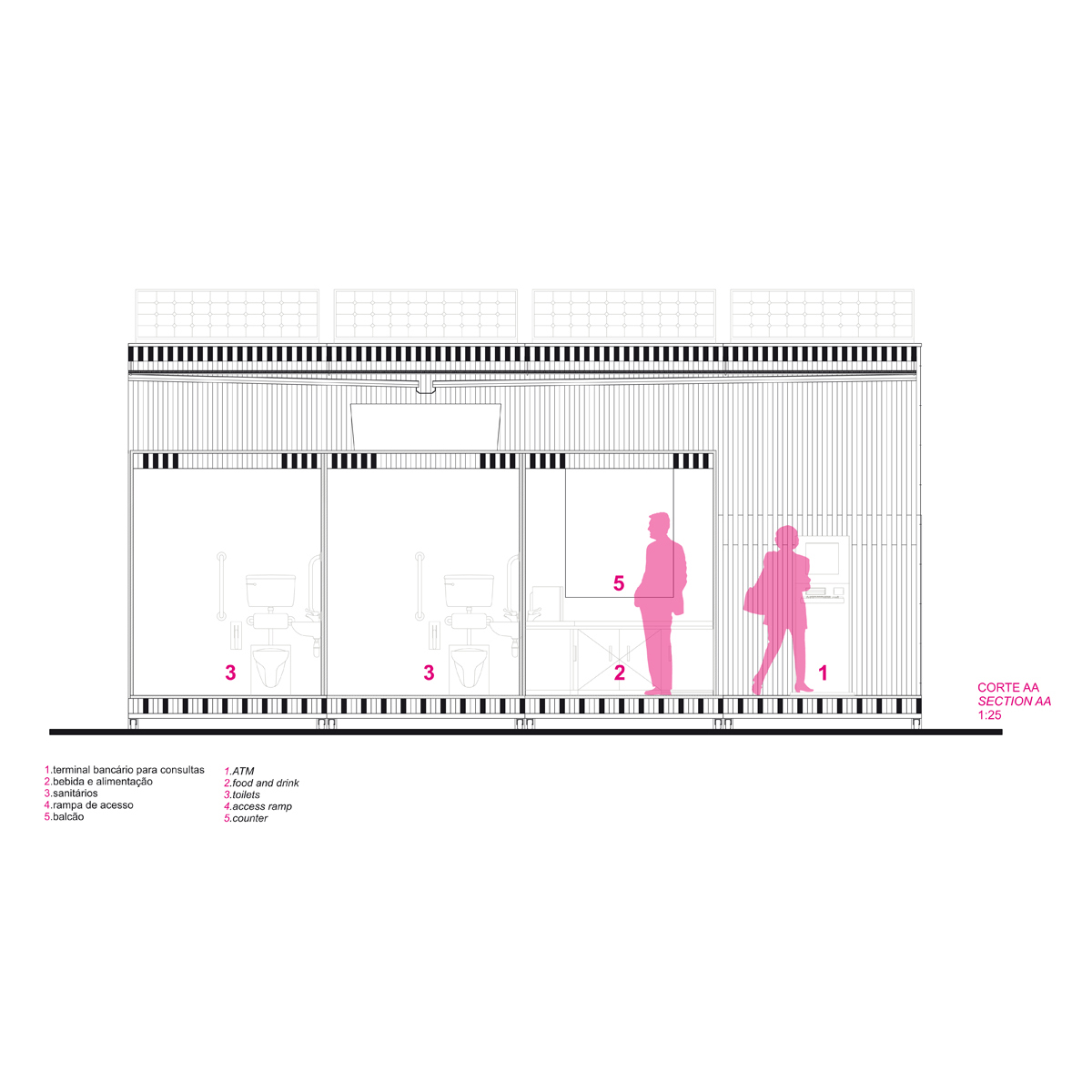 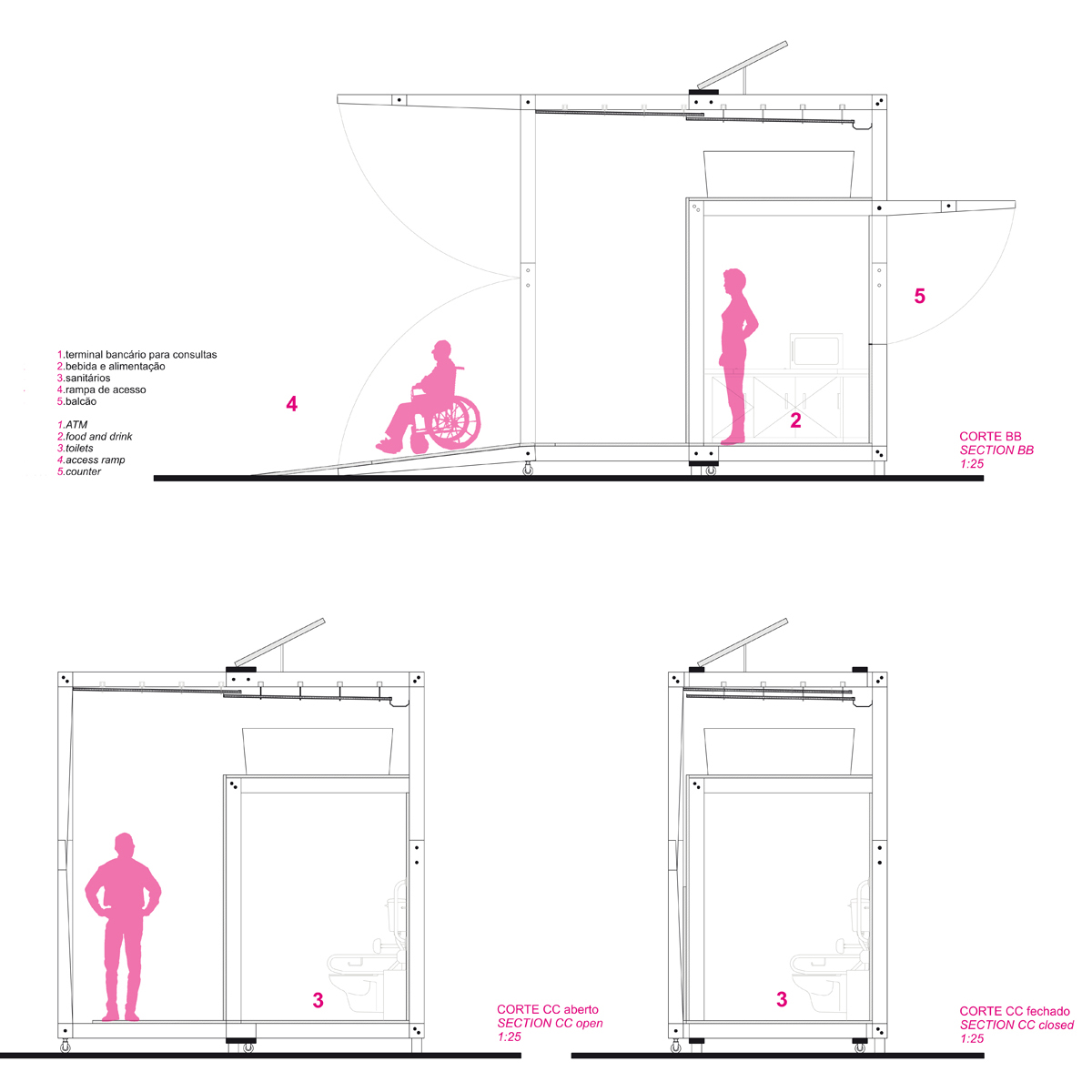 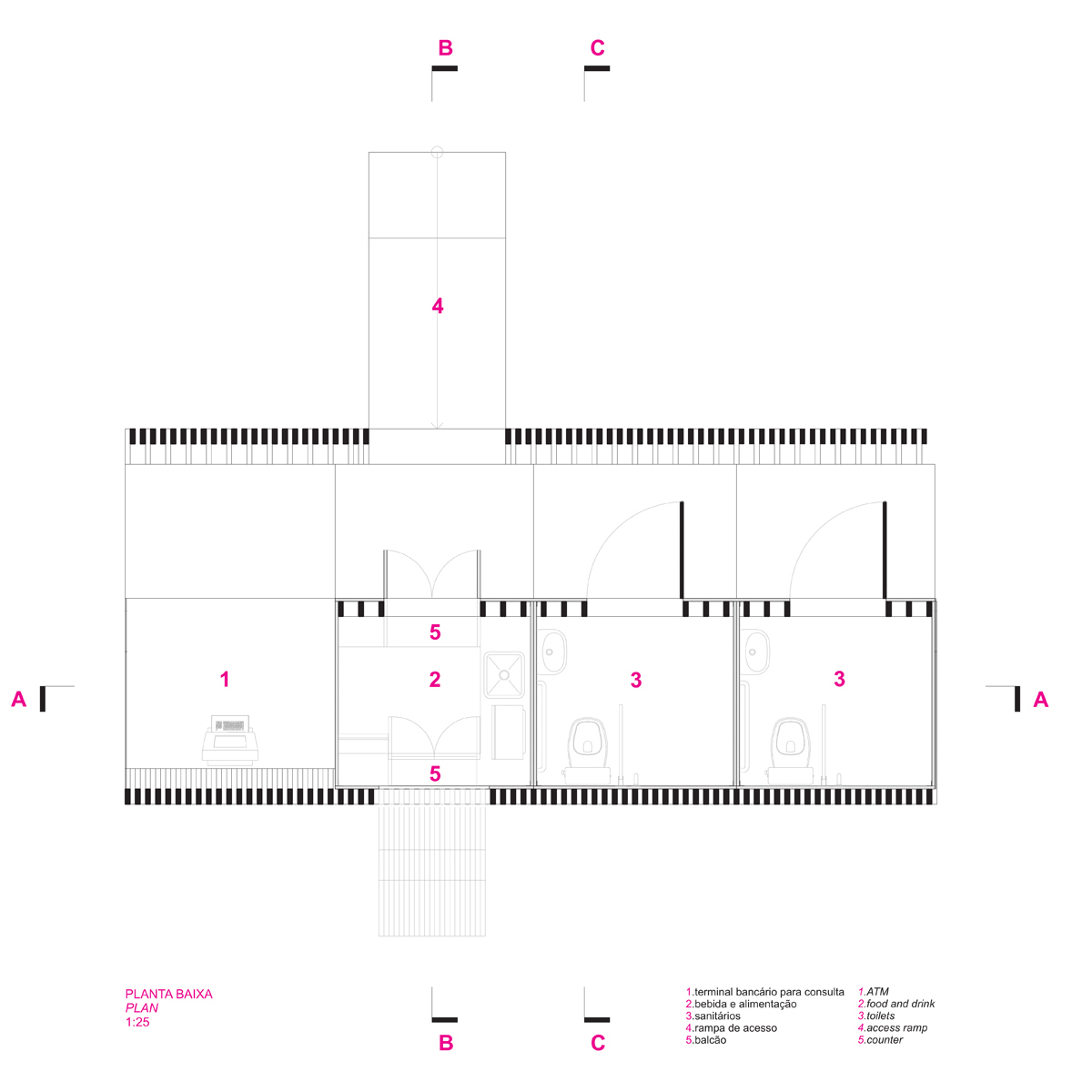 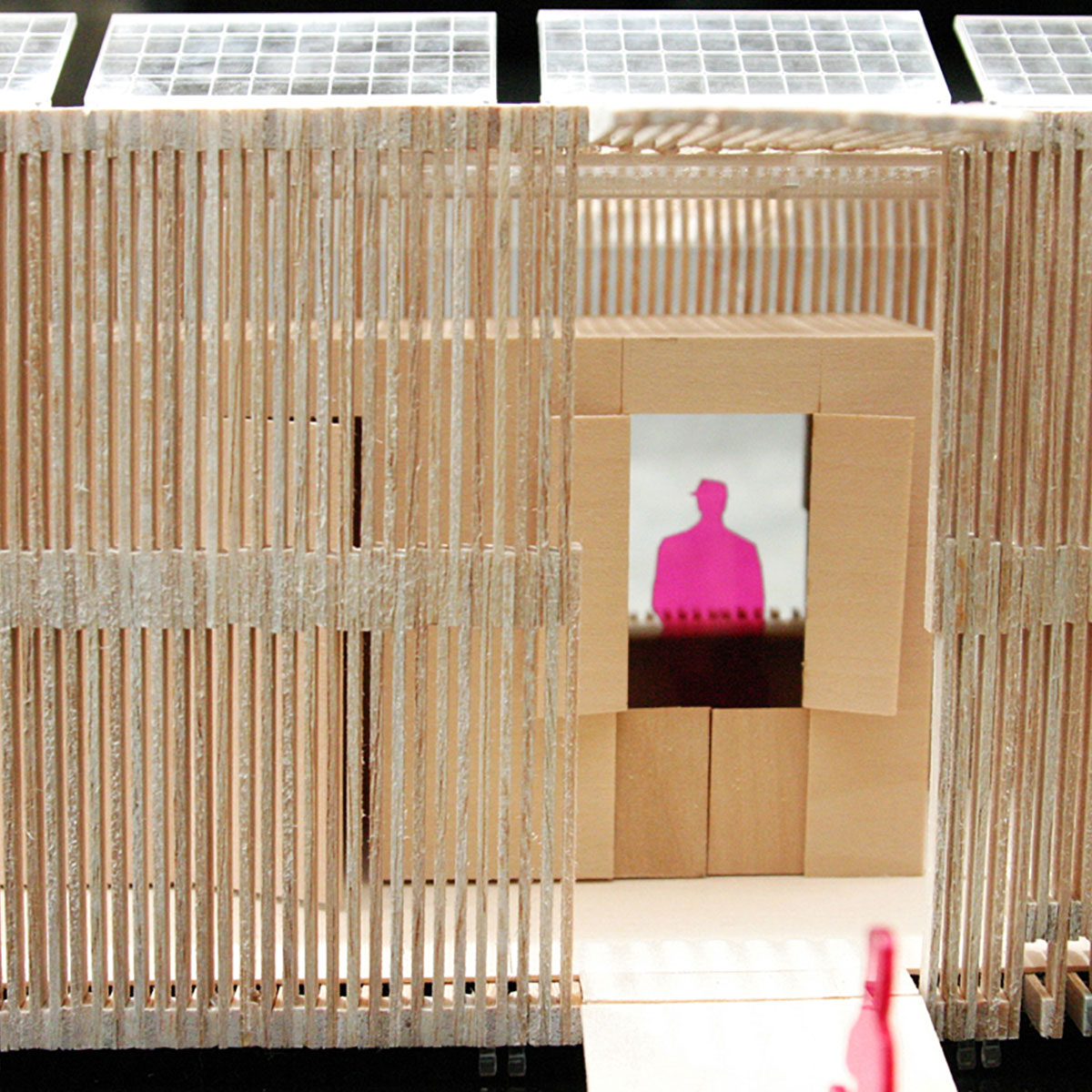 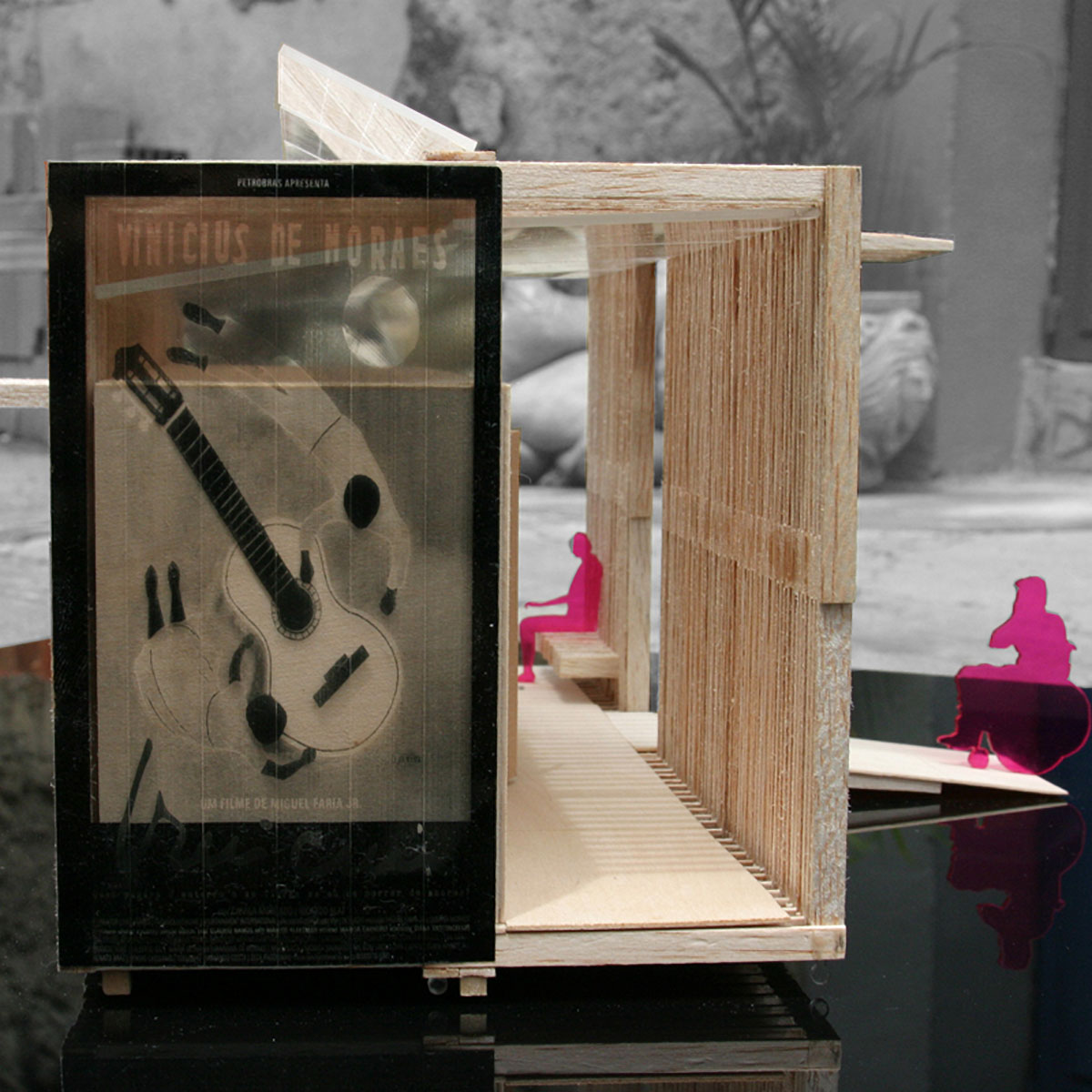 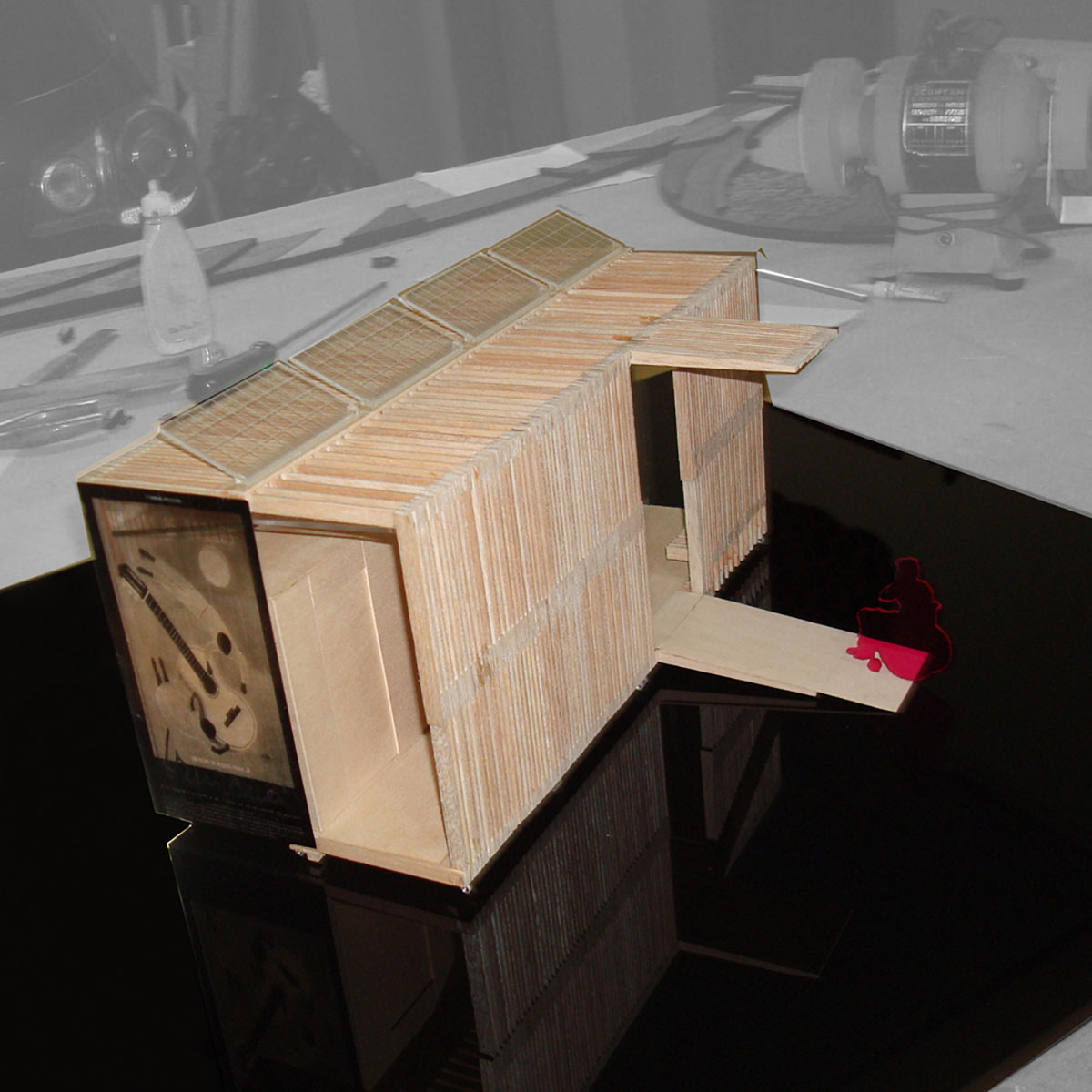 The object is an assembly of modular spatial structures measuring 1,85 x 2m, which together combine to form a 3,70 x 8,00 x 3,70 box. The articulation between these modules provides a compact yet functional organization of the plan. The space is enveloped by a self supporting structure made out of wooden bars. The object’s identity is determined by this structure; an envelope whose linear conformation is not restrictive, allowing it to become floor, wall, ceiling and furniture.

A dichotomy breaks through. This oscillation between the open/closed elements of the project renders the inner space an ambiguous nature; A varying condition from an internal shelter to a penetrable atmosphere, thus exposing the visitor to the outside. A singular relationship is established between the individual and the surrounding. The park enters the kiosk. The project’s essence is revealed not only through the combination of the traditional elements of architectural practice but, above all, through the sounds, scents and sensations derived from this contact with nature.

The object hardly touches the ground, standing over an arrangement of fulcrums and hinges. The mismatched system allows the sliding of the circulation modules over those of the living areas.

The object’s construction method is its central element. The detail emerges as a metonym, a basic element conceived to be repeated several times, hence defining the object as a whole. The combinatory possibilities of the junctions allow the creation of new forms, which therefore stimulate alternative spatial appropriations by the users. The use of solar panels on the roof allows self-sufficiency of the system. The project predicts the capture and reuse of rainwater for the toilet flushes and the liberation of the soil so as to allow a greater permeable surface.