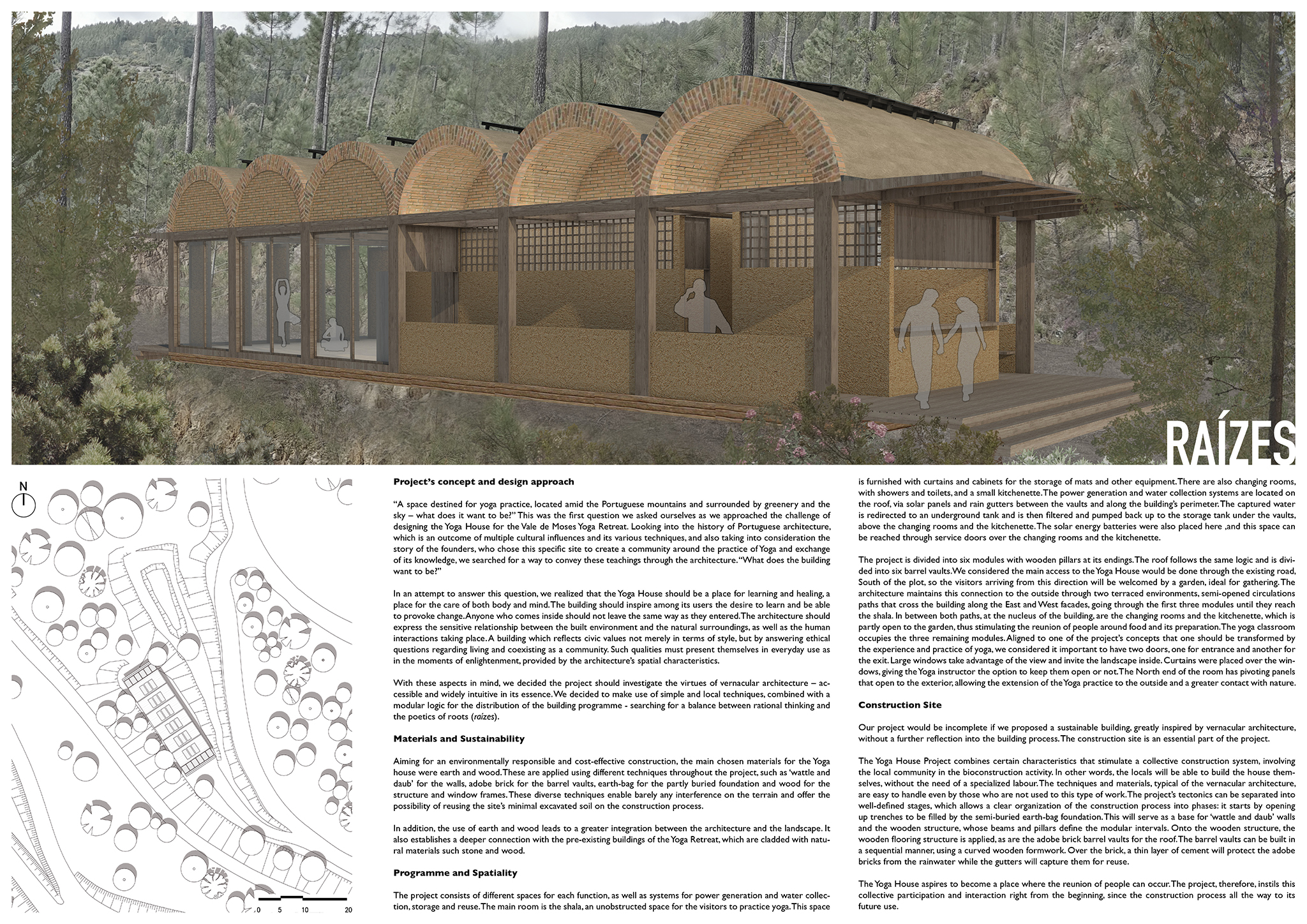 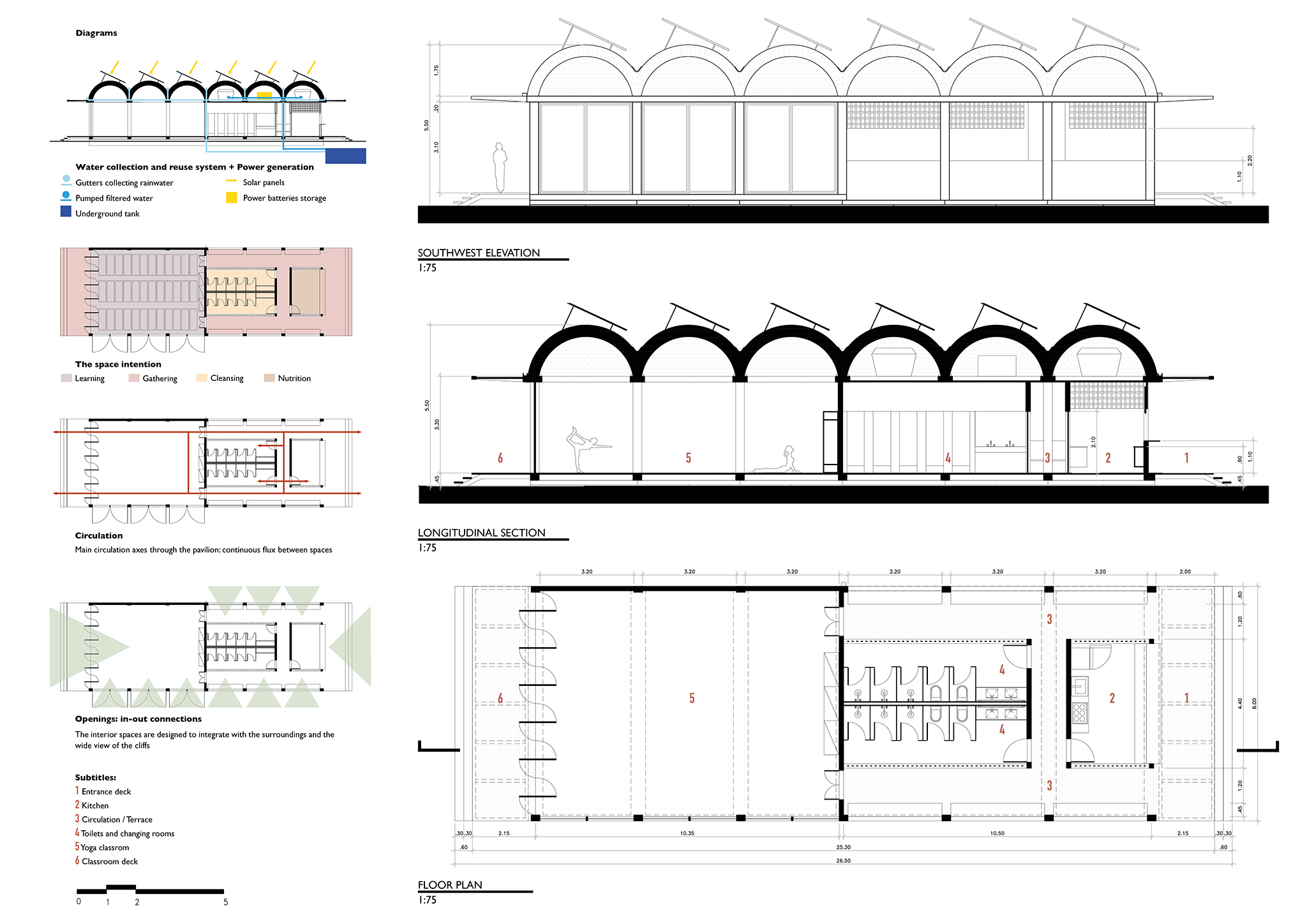 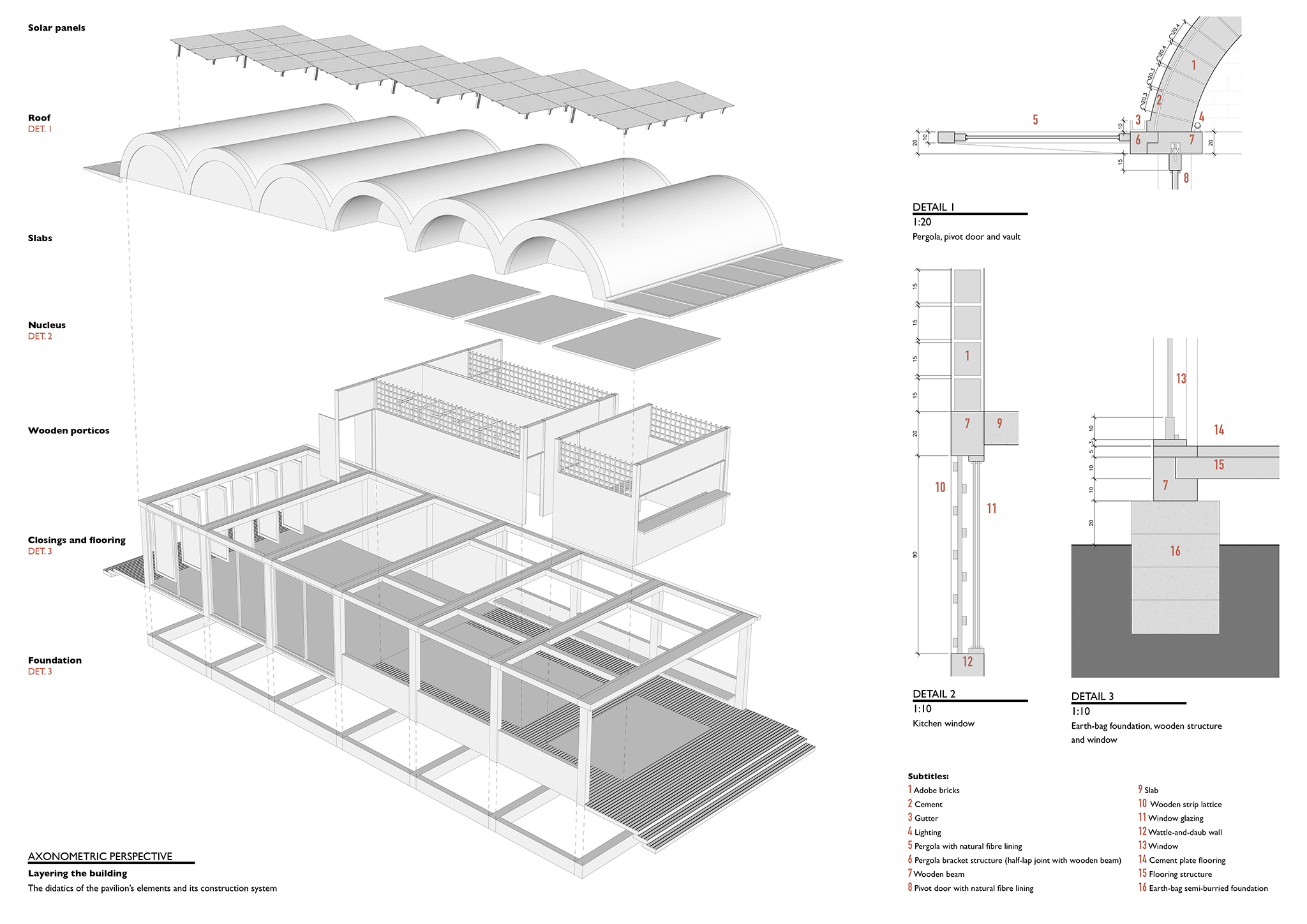 “A space destined for yoga practice, located amid the Portuguese mountains and surrounded by greenery and the sky – what does it want to be?” This was the first question we asked ourselves as we approached the challenge of designing the Yoga House for the Vale de Moses Yoga Retreat. Looking into the history of Portuguese architecture, which is an outcome of multiple cultural influences and its various techniques, and also taking into consideration the story of the founders, who chose this specific site to create a community around the practice of Yoga and exchange of its knowledge, we searched for a way to convey these teachings through the architecture. “What does the building want to be?”

With these aspects in mind, we decided the project should investigate the virtues of vernacular architecture – accessible and widely intuitive in its essence. We decided to make use of simple and local techniques, combined with a modular logic for the distribution of the building programme. The project explores the roots

Aiming for an environmentally responsible and cost-effective construction, the main chosen materials for the Yoga house were earth and wood. These are applied using different techniques throughout the project, such as ‘wattle and daub’ for the walls, adobe brick for the barrel vaults, earth-bag for the partly buried foundation and wood for the structure and window frames. These diverse techniques enable barely any interference on the terrain and offer the possibility of reusing the site’s minimal excavated soil on the construction process.

In addition, the use of earth and wood leads to a greater integration between the architecture and the landscape. It also establishes a deeper connection with the pre-existing buildings of the Yoga Retreat, which are cladded with natural materials such stone and wood.

The project consists of different spaces for each function, as well as systems for power generation and water collection, storage and reuse. The main room is the shala, an unobstructed space for the visitors to practice yoga. This space is equipped with curtains and cabinets for the storage of mats and other equipment. There are also changing rooms, with showers and toilets, and a small kitchenette. The power generation and water collection are systems are located on the roof, via solar panels and rain gutters between the vaults and along the building’s perimeter. The captured water is redirected to an underground tank and is then filtered and pumped back up to the storage tank under the vaults, above the changing rooms and the kitchenette. The solar energy batteries were also placed here and this space can be accessed through small doors over the changing rooms and the kitchenette.

The project is divided into six modules with wooden pillars at the endings. The roof follows the same logic and is divided into six barrel vaults. The architecture maintains this connection to the outside through two terraced environments, semi-opened circulations paths that cross the building along the East and West facades, going through the first three modules until they reach the shala. In between both paths, at the nucleus of the building, are the changing rooms and the kitchenette, which is partly open to the garden, thus stimulating the reunion of people around food and its preparation. The yoga classroom occupies the three remaining modules. It has two doors, one for entrance and one for exit. Since the project’s concept is that the one should be transformed by the experience and practice of yoga, we considered it important to have one door for entrance and another for the exit. Large windows take advantage of the view and invite the landscape inside. Curtains were placed over the windows, giving the Yoga instructor the option to keep them open or not. The north end of the room has pivoting panels that open to the exterior, allowing the extension of the Yoga practice to the outside and a greater contact with nature.