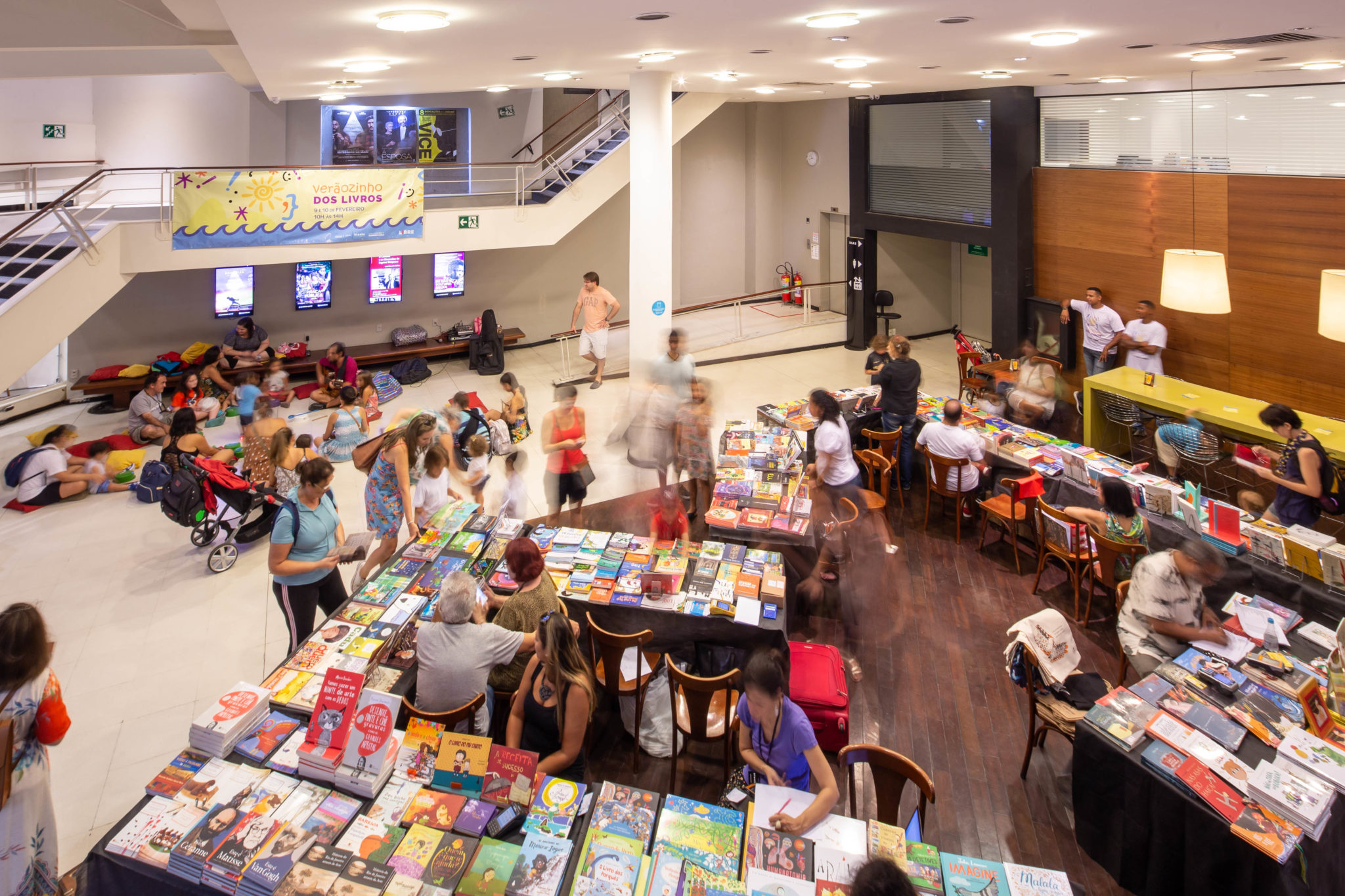 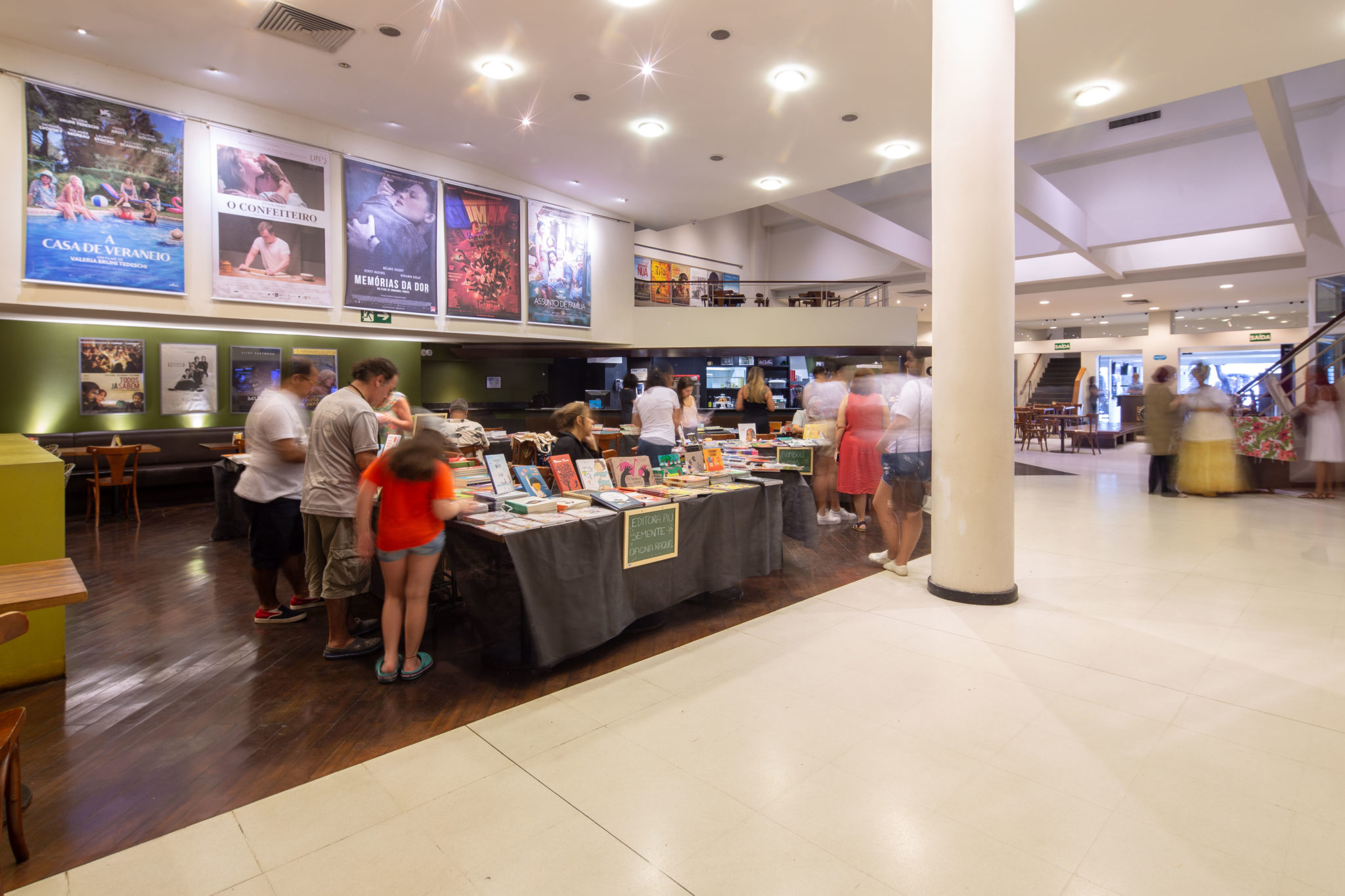 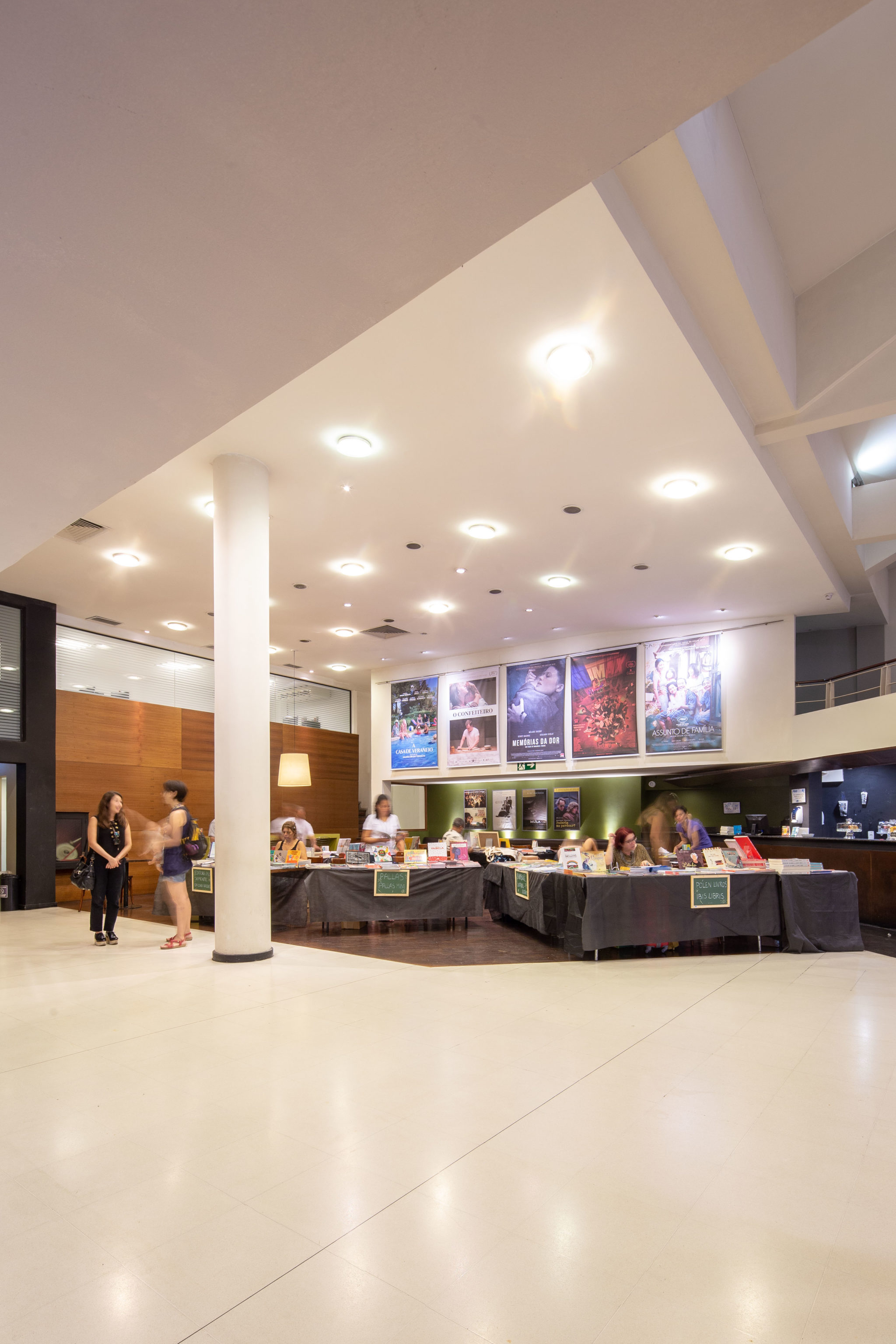 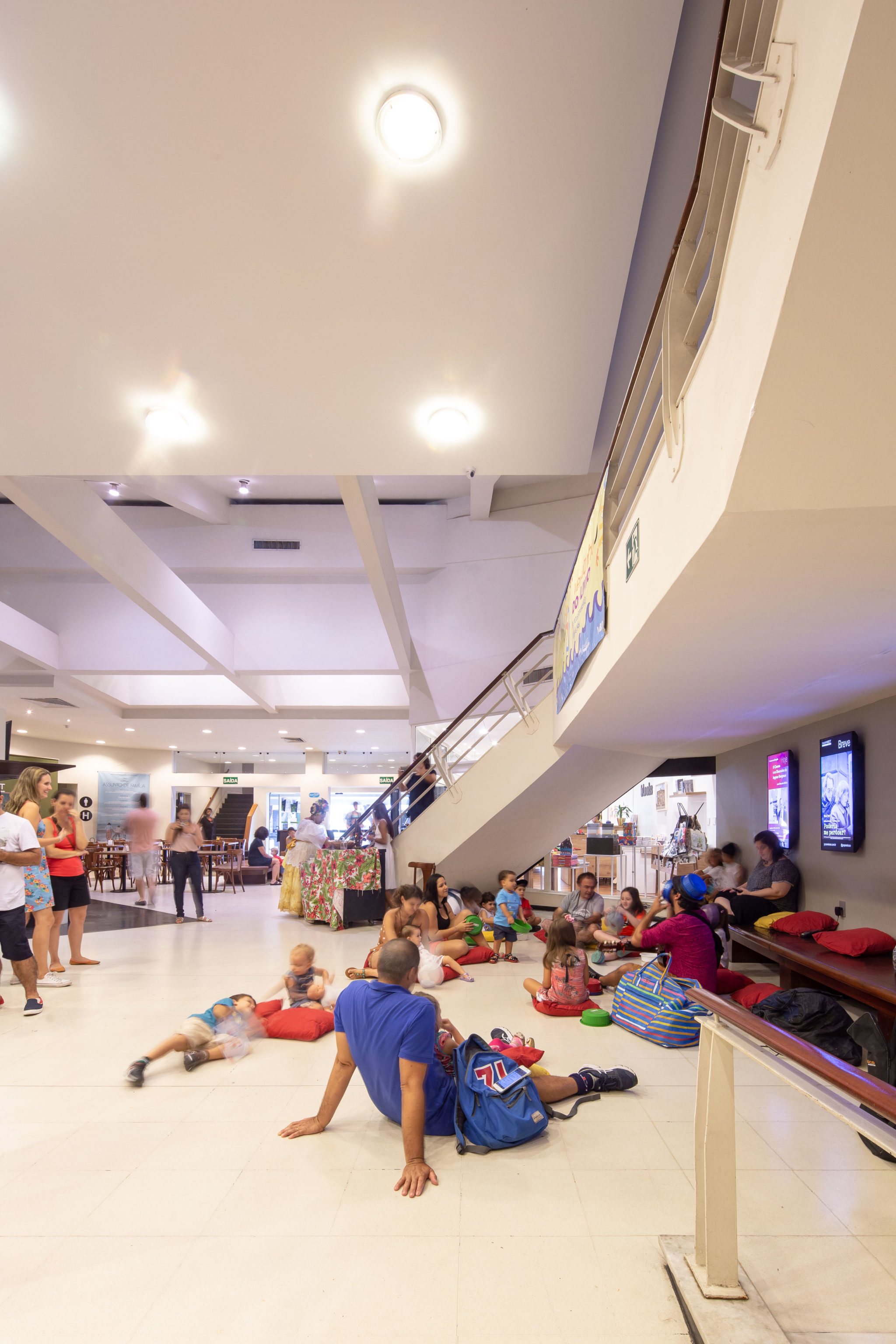 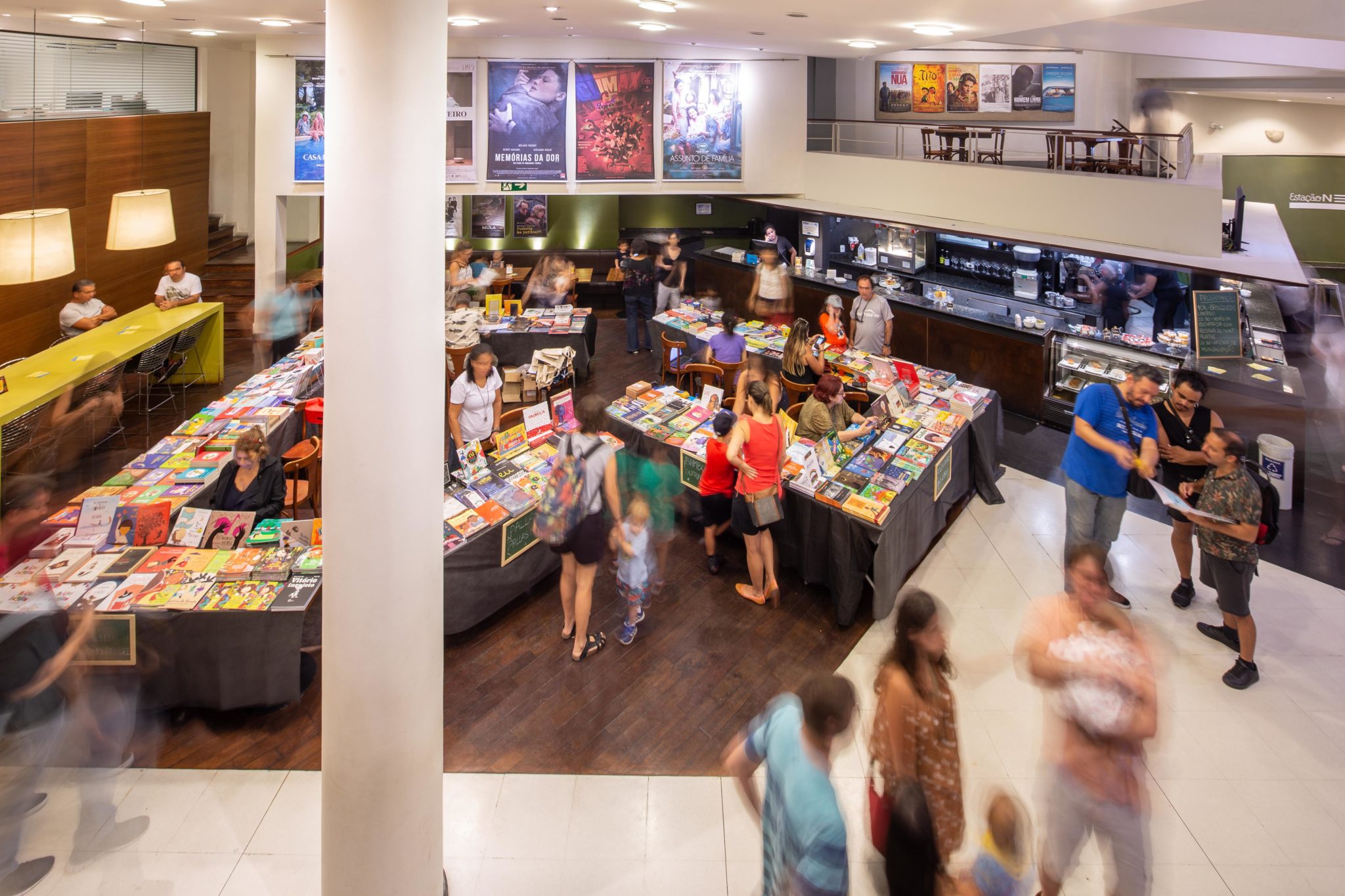 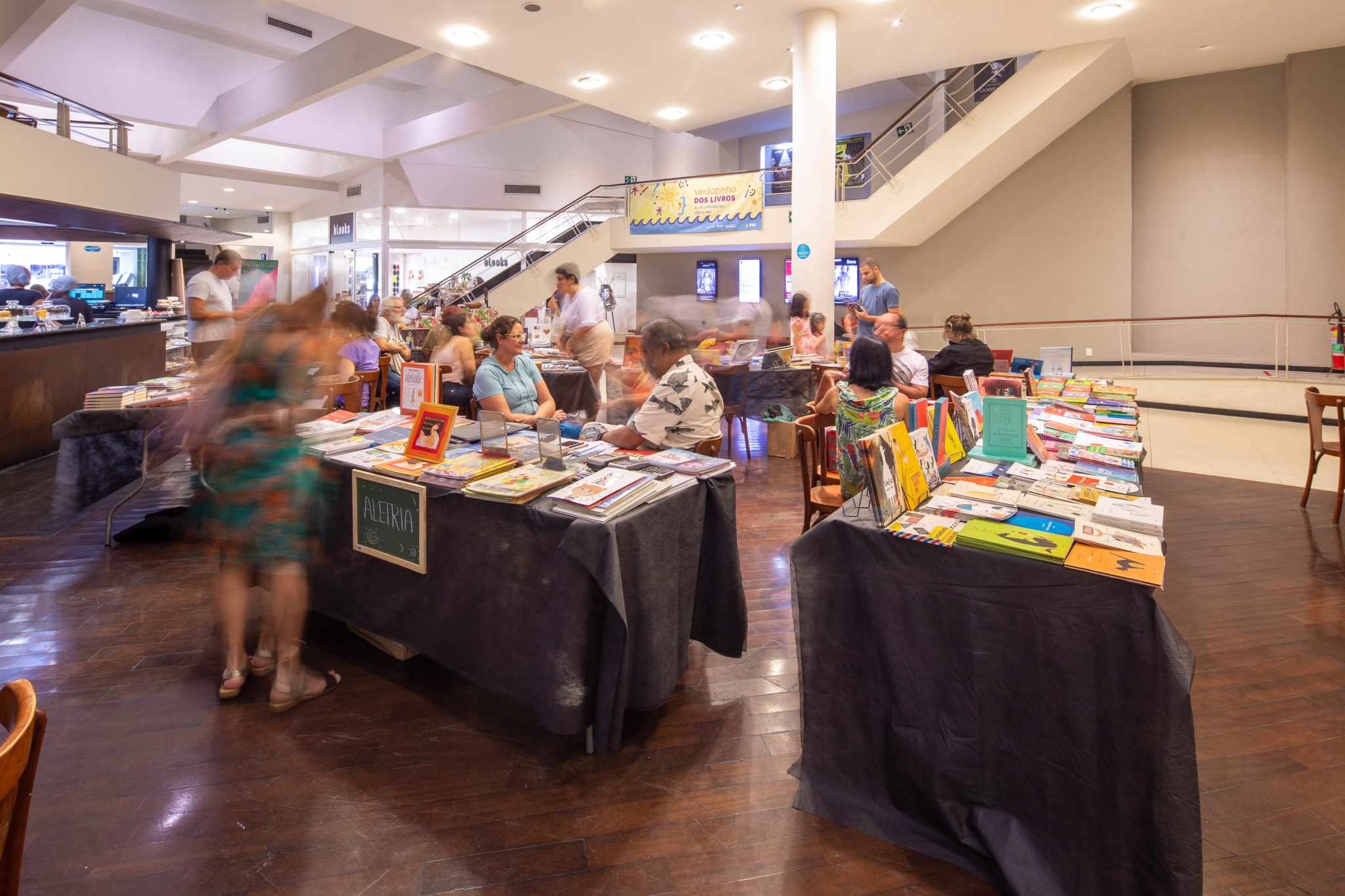 The Verãozinho Children Book Fair took place during a weekend in February 2019.  It was a partnership between the Brazilian Independent Publishers’ Guild and Estação Botafogo cinema.

The cinema’s foyer was rearranged with foldable tables covered with a black cloth, over which the publishers exhibited their books. The coffee tables which usually occupy this space were moved to the front part of the cinema. The event took place during the morning so the project required a quick setup and disassembly since the cinema’s usual screenings continued throughout the afternoon.

A long bench under the stairs was turned into a stage for activities such as storytelling. Colourful pillows were scattered across the floor so the children could sit on. In addition to the readings, special cinema screenings were held for the children.