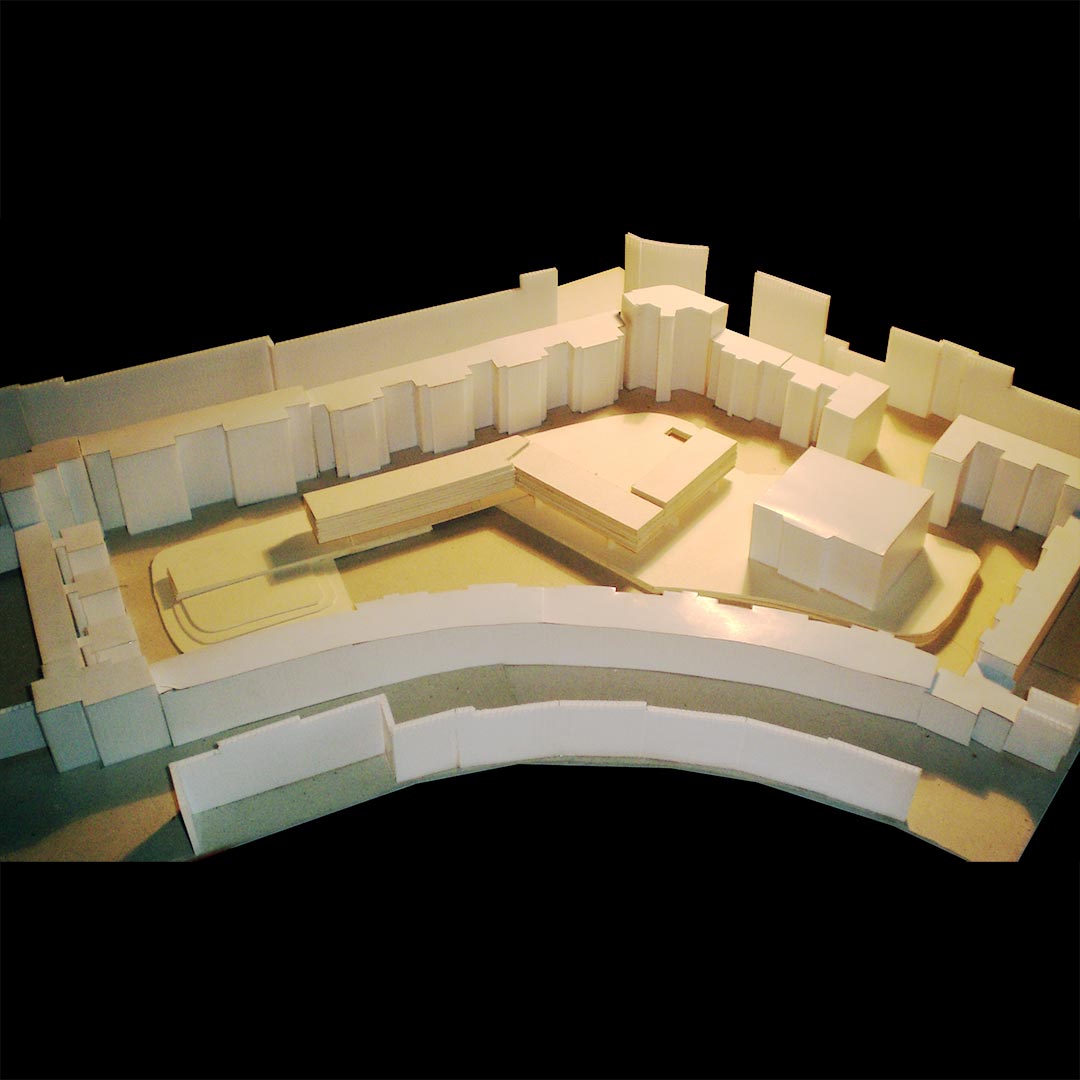 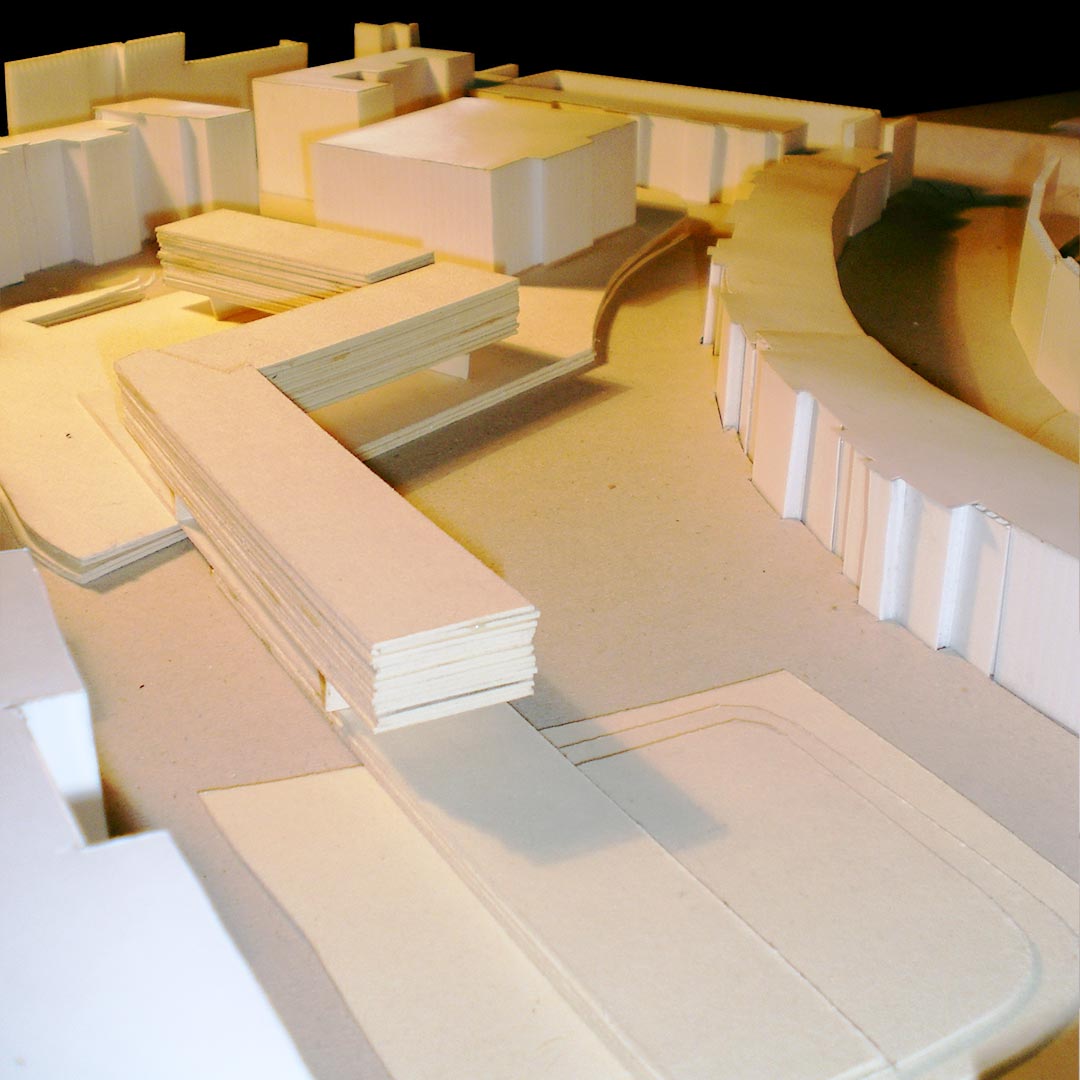 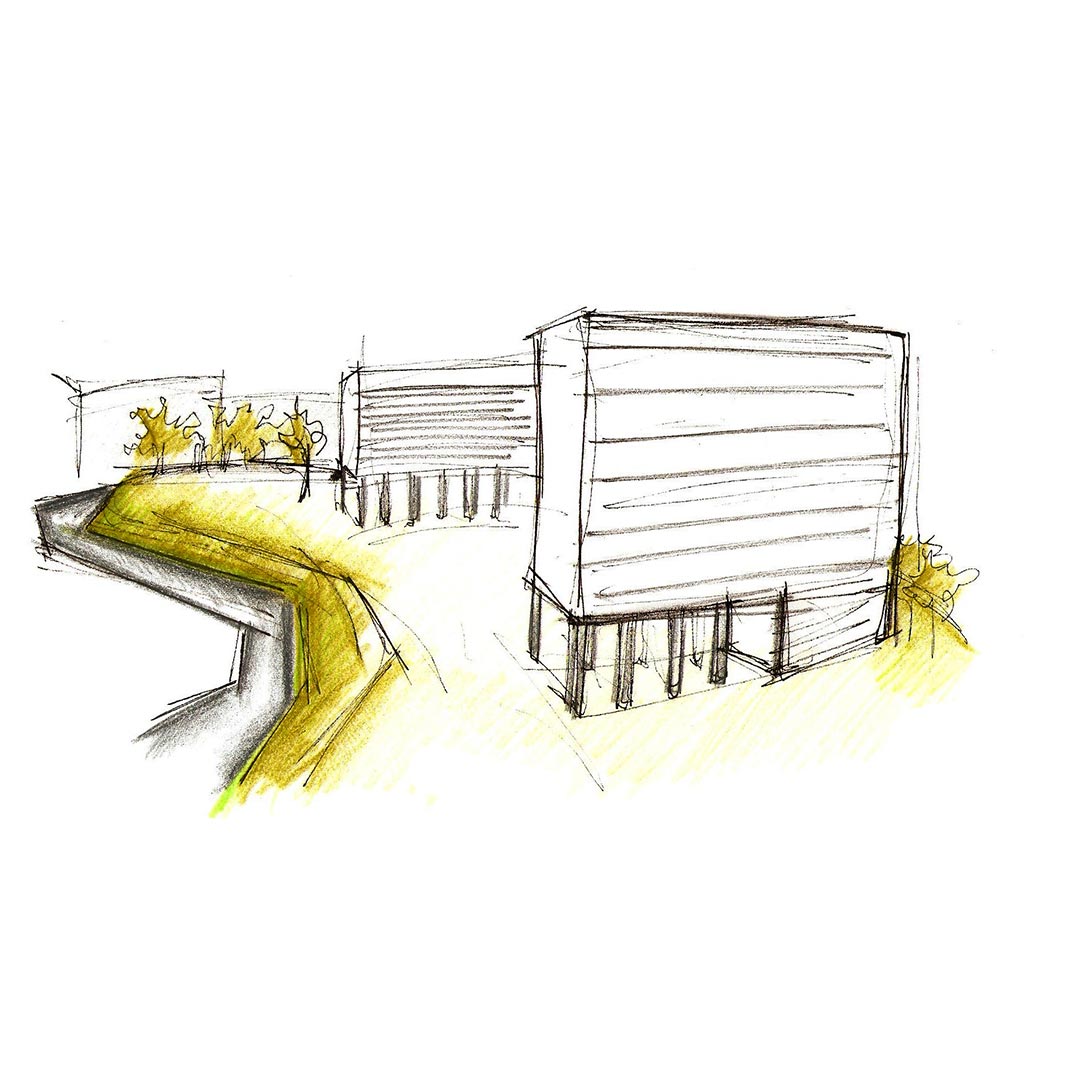 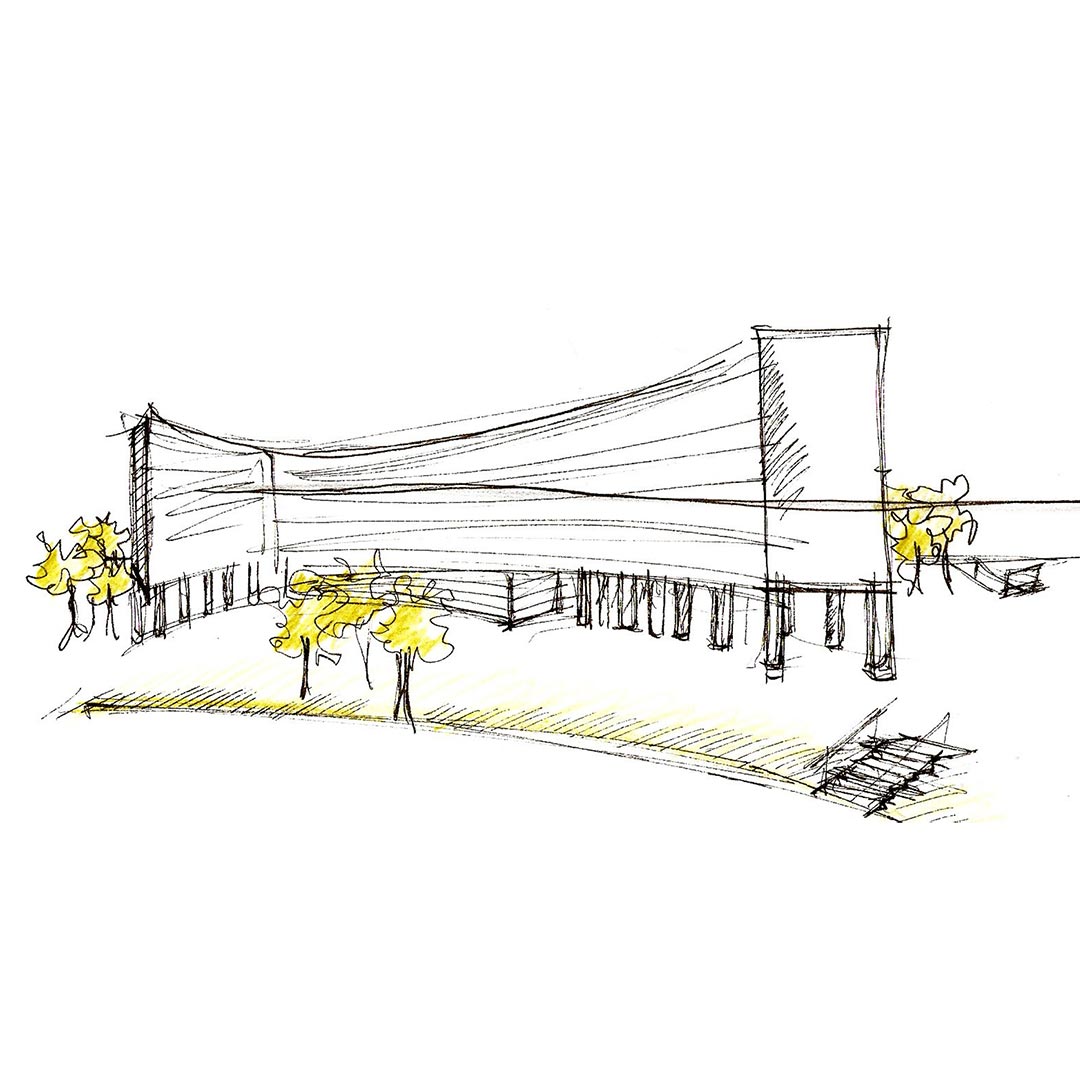 Areeiro is a residential neighborhood in Lisbon originally conceived between the 1950’s-60’s.

The site of the intervention happens to be an exception within its urban plan. It is not a regular plot, but rather the interior segment of a block. It currently serves as a square for the locals with a subterranean garage.

The design process was divided into two parts. The first was a team work, where we analyzed the urban context, developed the object’s disposition within the site and the distribution of the residential typologies. On the second part, we individually developed different segments of the complex.

The T1, T2 and T3 typologies were broken down into different arrangements, varying from 1 to 2 floors, allowing them to lock into one another, forming different patterns. This fitting composition results in a pure and concise overall form. The mixed interior is only noticeable to the exterior by the windows’ disposition on the facade.