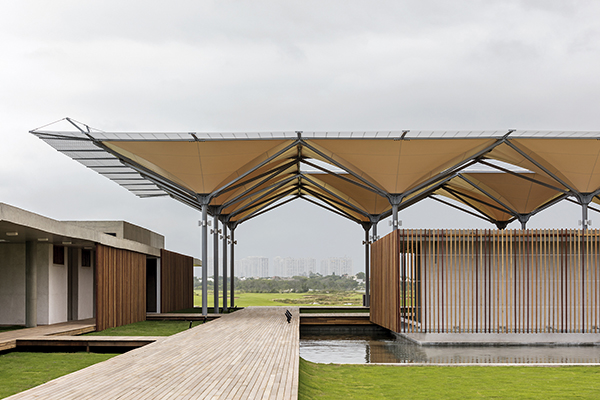 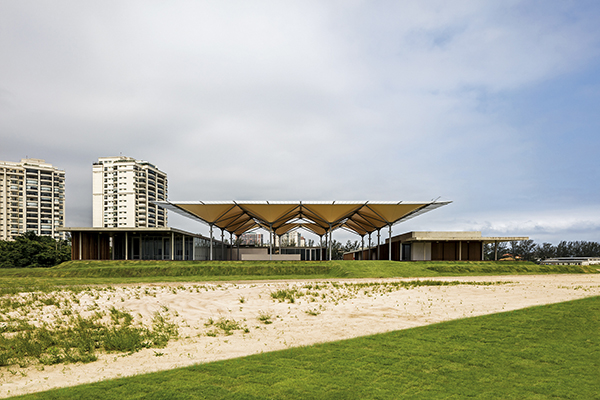 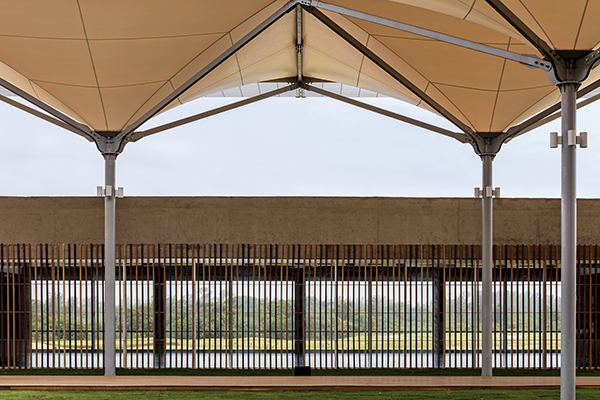 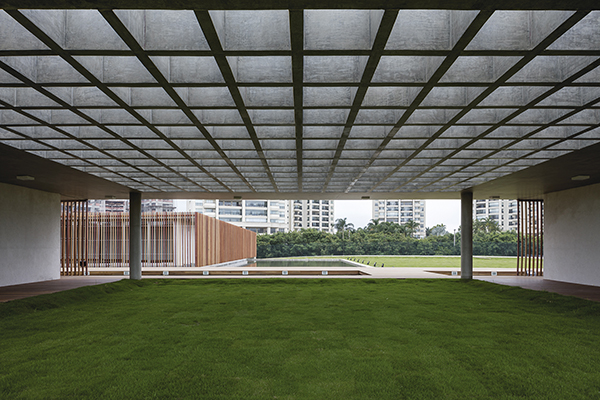 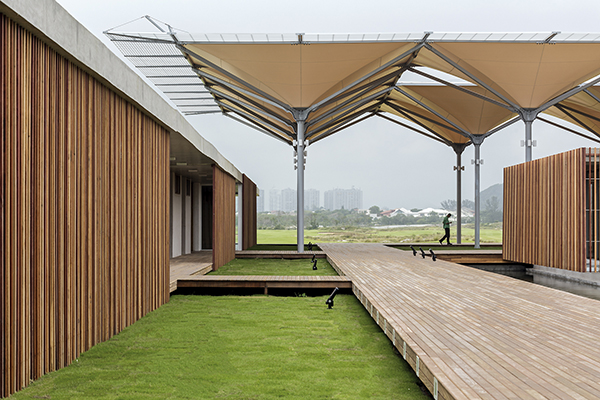 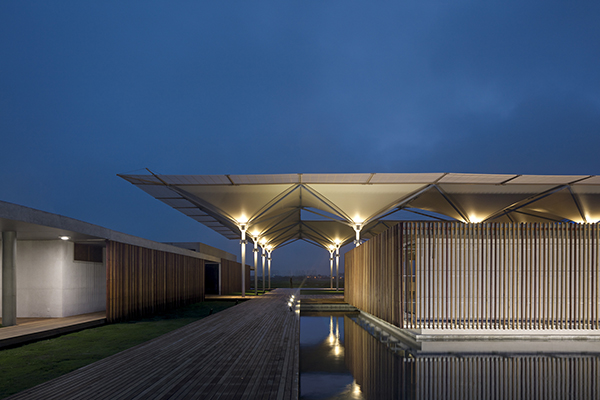 The project or the olympic golf clubhouse for Rio de Janeiro’s 2016 Olympics was an outcome of an architecture competition that took place in 2012.  The first prize was awarded to the architecture firm RUA arquitetos.  I participated as project leader of a four person team during the architecture detailing and construction documents phases.

The project is divided into 4 separate sectors which include a restaurant, a store, an events room, lockers and changing rooms for the athletes and general service facilities. Since the clubhouse is a horizontal construction, it is well integrated with the landscape and exerts a low impact on the soil.

The building’s structure is made of concrete and the façades are composed by wooden lath.  Solar panels were placed on the roof and the project includes a rainwater capture system.