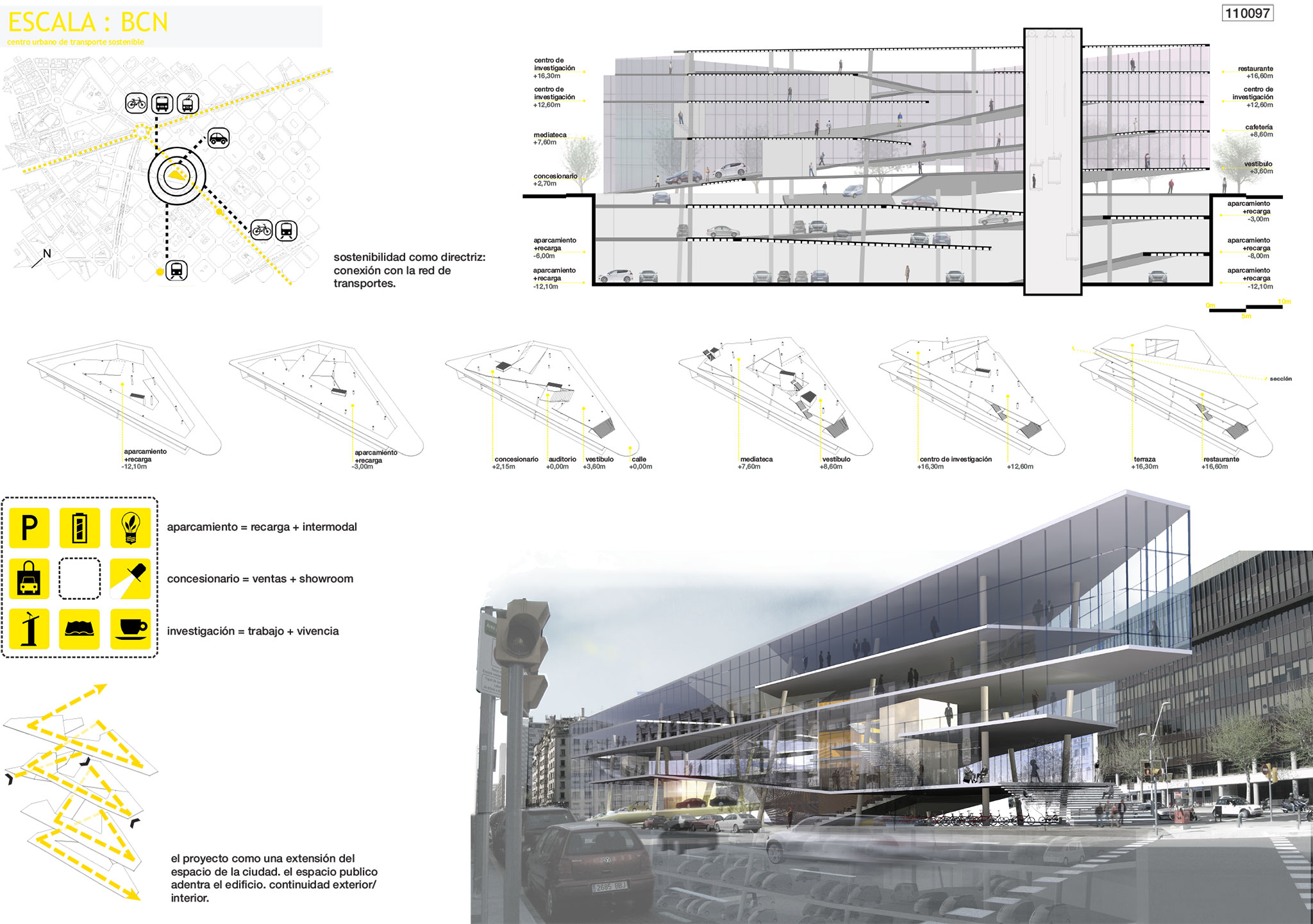 URBAN INSERTION| The intervention site corresponds to an atypical plot in Barcelona’s grid; a block that stands out in the regular typology of the Eixample. Diagonally sectioned by an arterial road, it is characterized by its triangular plan.

PROGRAMME|There was a consideration over the impact that the object would have on an urban scale. The idea is that it is not confined to the plot, but to generate a greater connection with the surrounding operations. The charging station, for example, is not reduced to a mere post function, but is turned into a parking lot of 350 spaces for the neighborhood, all coupled with an vehicle recharging outlet.

TYPE| Given the 150 years of Cerdà’s plan, the goal is to promote a reinterpretation of the court typology and its guiding principles. The project establishes a total occupation of the block, concentrating the living spaces and the circulation along its perimeter, hence organized around a large central void.

SPACIALITY| The research center is treated as an extension of the city. The public space enters the building. This continuity of the exterior with the interior is a synthesis of the city movement, an urban extension of the route that comes to shape the indoor spatiality. The ramps are the formalization of this movement, a fluid space that spans and interconnects the various activities within the center