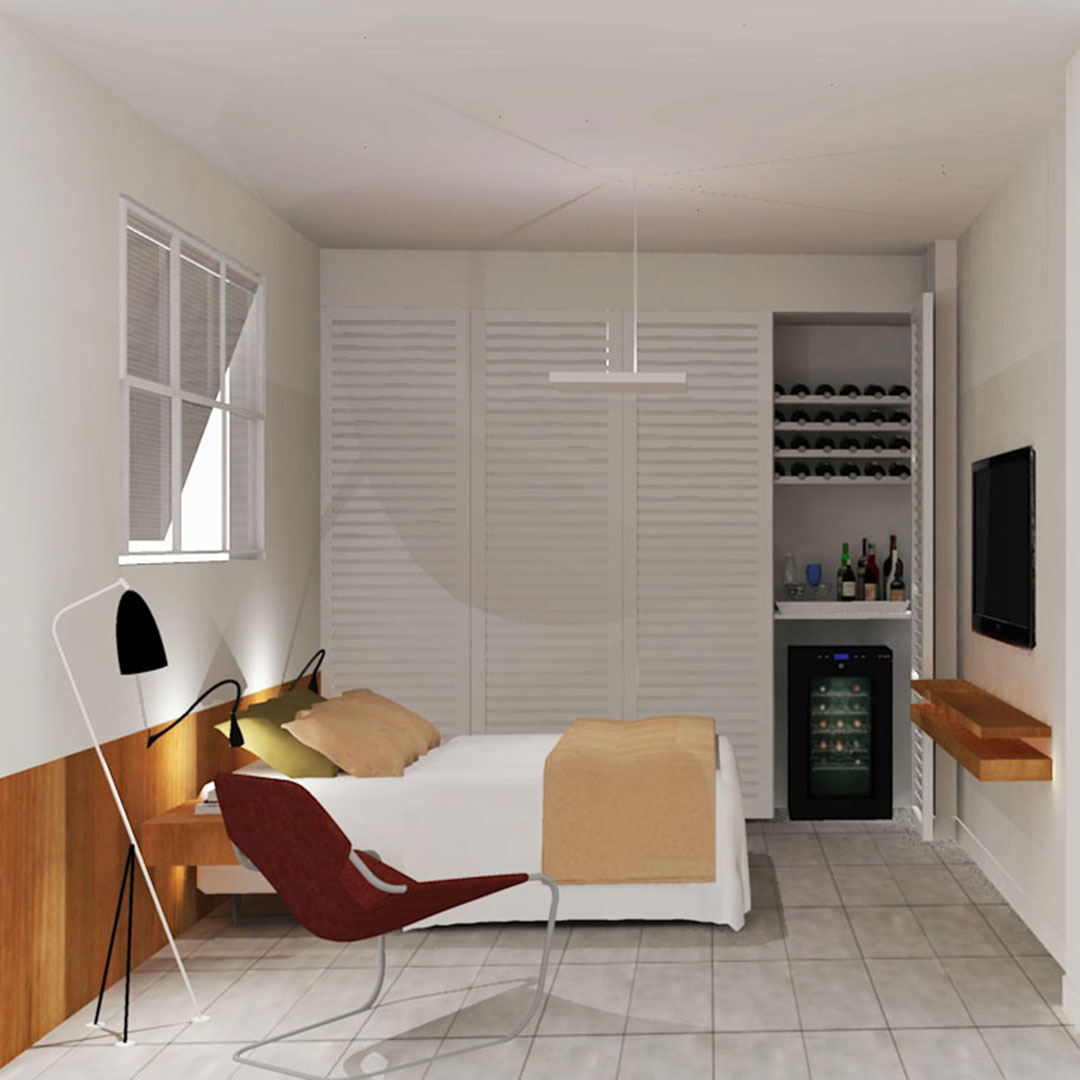 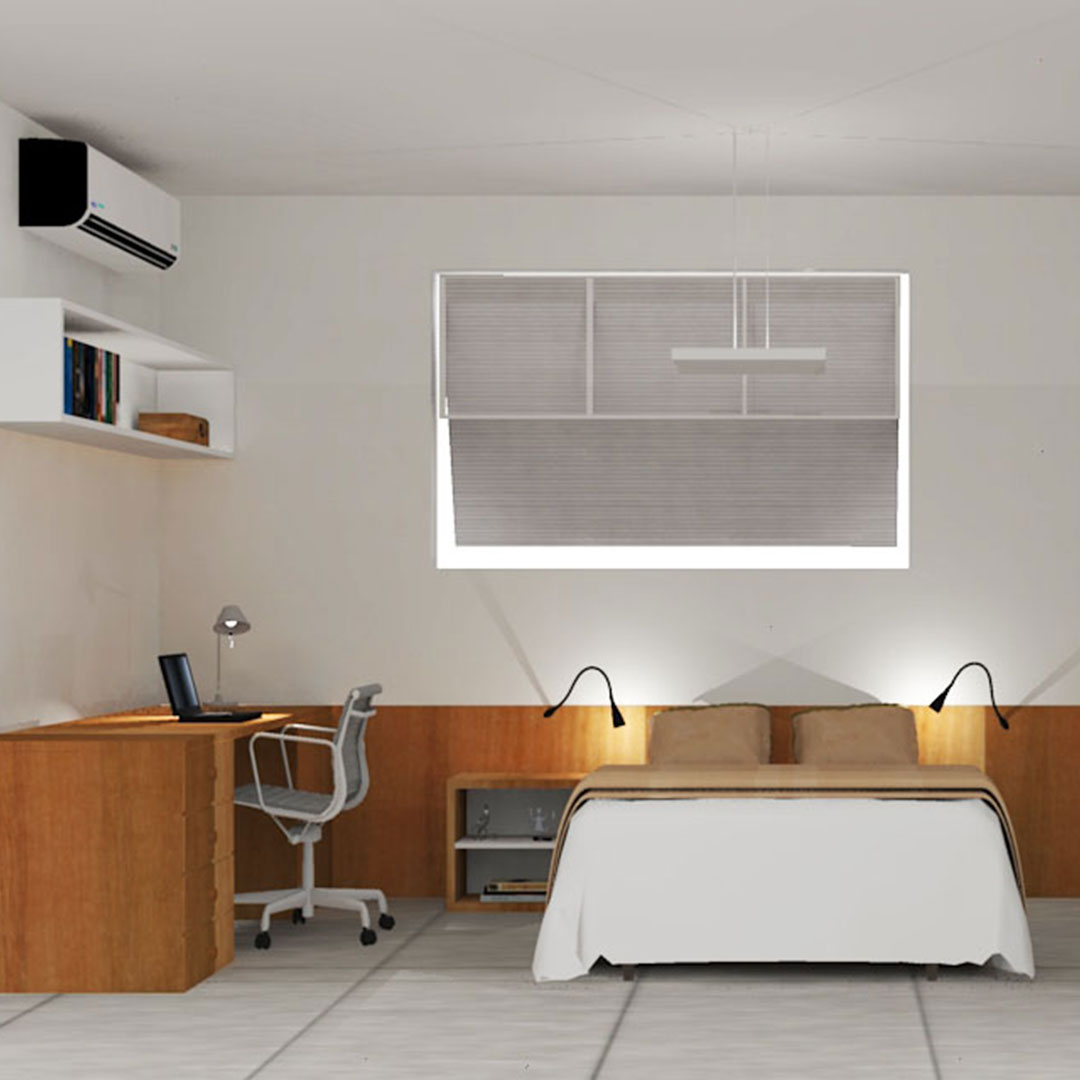 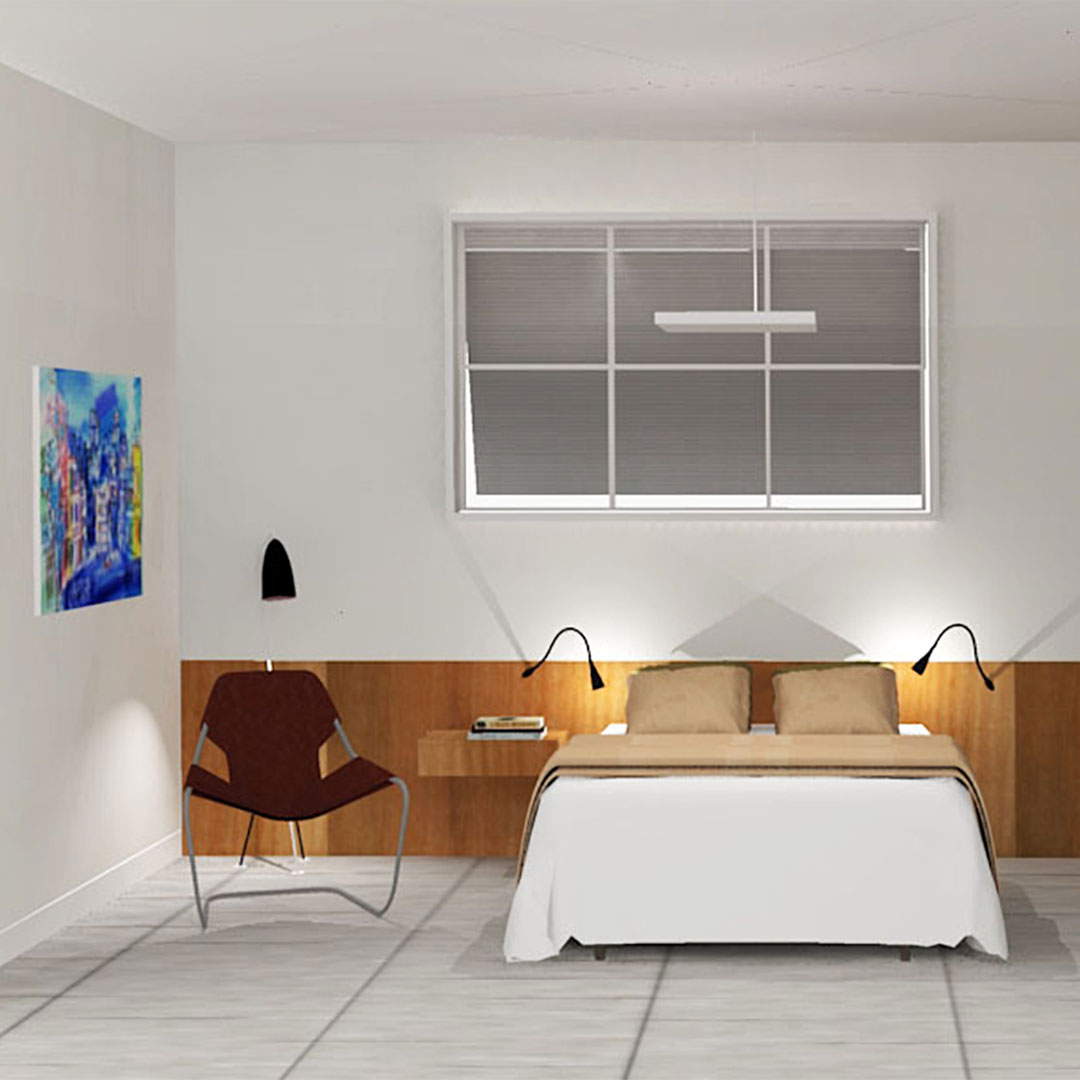 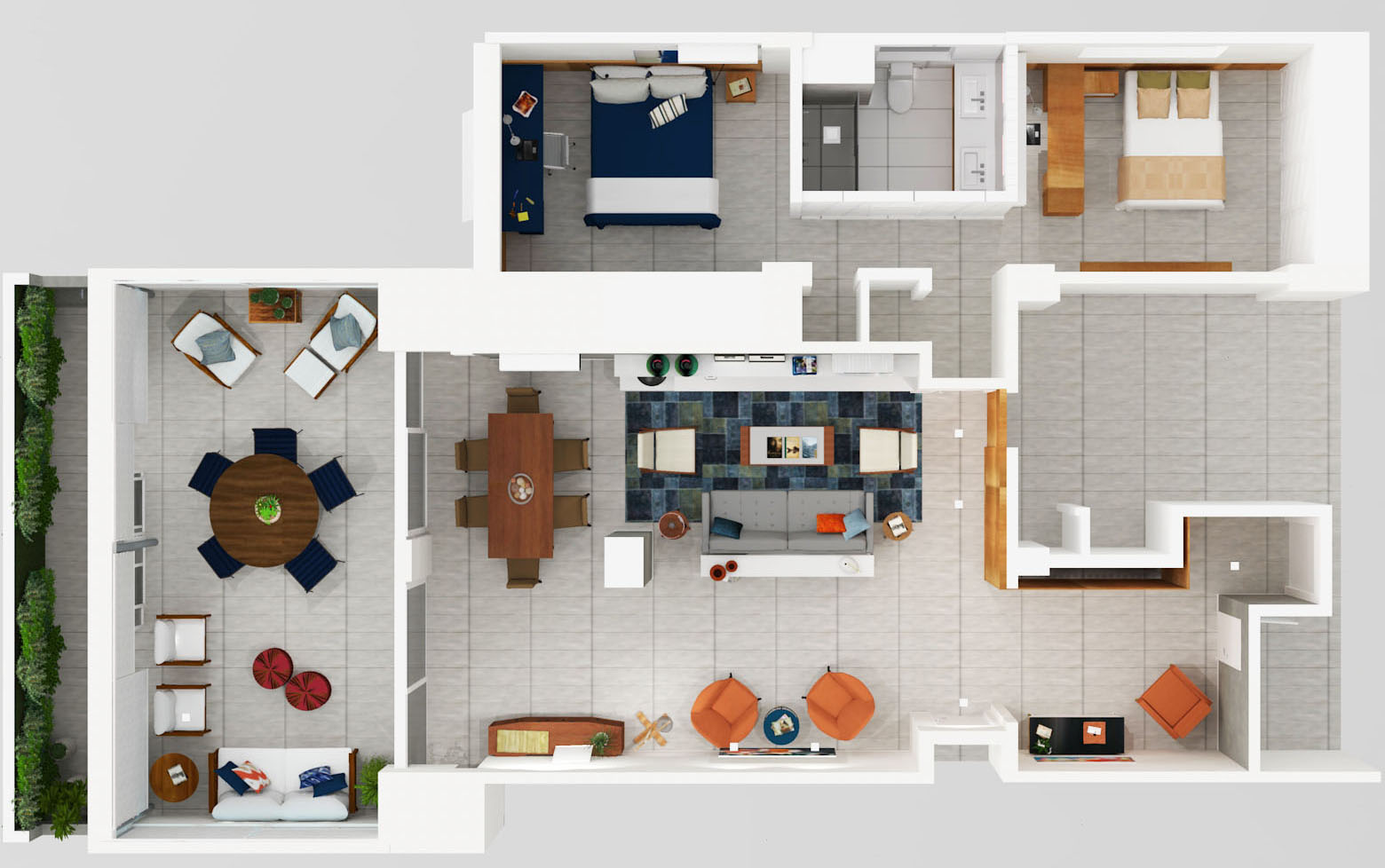 Interior design for an apartment including the living room, balcony, bedrooms and bathroom. The living room floor, which originally had a step dividing its space, was leveled. The window frames were substituted to establish a greater continuity between the living room and the balcony. Seeing as the living room has quite a large space, smaller nuclei with specific functions were designed, such as TV, dinner and reading, for a better occupation. The plaster covering the structure was removed so the original concrete structure was left apparent.